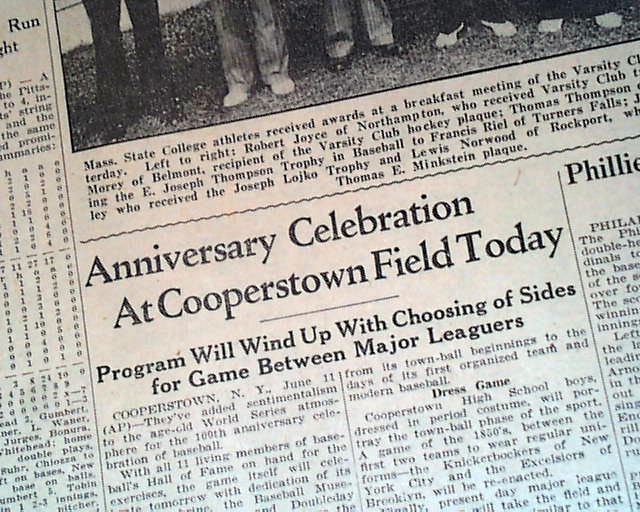 The sport's section (page 24) has a two column heading: "Anniversary Celebration At Cooperstown Field Today" with subhead. (see)
Other news, sports and advertisements of the day. Complete with 14 pages, light toning and some wear at the margins, should be handled with care.