Home > Back to Search Results > The Mormon War has ended...
Click image to enlarge 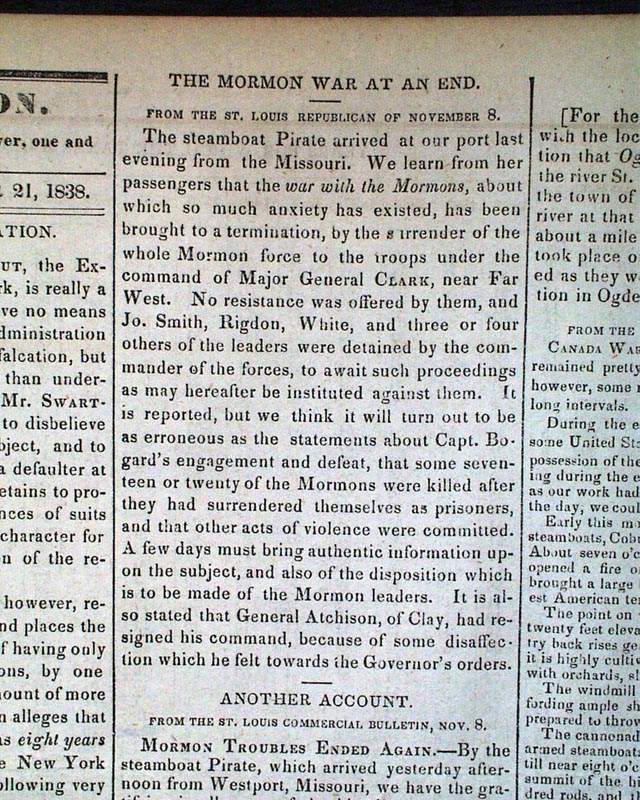 Page 3 has half a column containing three articles on the Mormons, headed: "The Mormon War At An End" "Another Account--Mormon Troubles Ended Again" "Later Still, And Contradictory".
The three accounts include in part: "...We learn from her passengers that the war with the Mormons, about which so much anxiety has existed, has been brought to a termination by the surrender of the whole Mormon forces...No resistance was offered by them, and Jo. Smith, Rigdon, White, and three or four others of the leaders..." and so much more as shown in the photos.
Four pages, very nice condition.