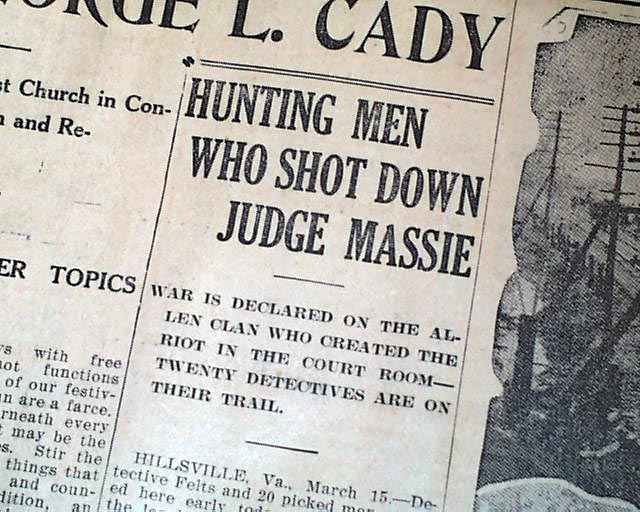 The front page has a one column heading: "HUNTING MEN WHO SHOT DOWN JUDGE MASSSIE" with subhead. (see)

wikipedia notes: Floyd Allen was convicted and executed for murder in 1913 after a sensational courthouse shootout that left a judge, prosecutor, sheriff, and two others dead, although doubt has been expressed about the validity of the conviction. He was accused with triggering the shooting at the Carroll County Courthouse in Hillsville, Virginia on March 14, 1912, in which five people were killed and seven wounded. The affair represents one of the rare incidents in American history when a criminal defendant attempted to avoid justice by assassinating the trial judge. A first report here.

Complete with 12 pages, light toning and some wear at the margins with a few tiny tears, irregular along the spine, generally good.