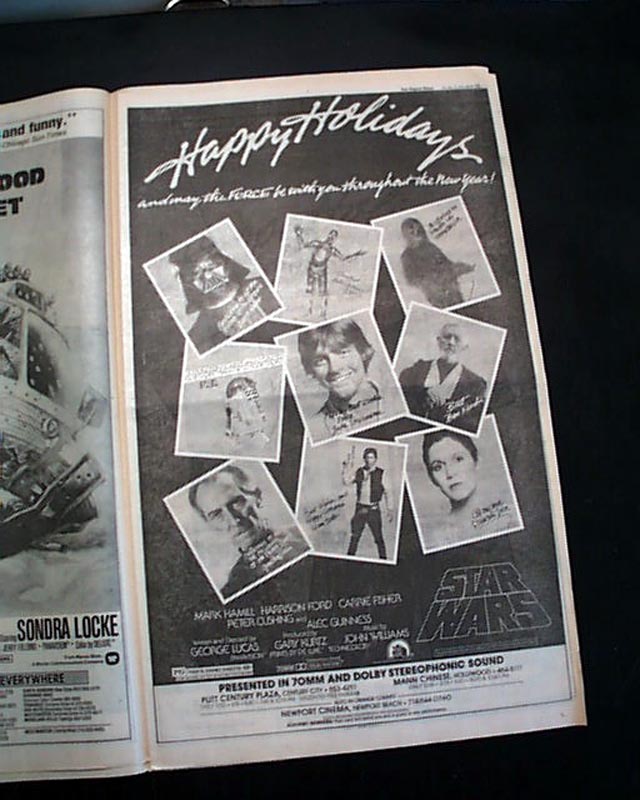 Inside the "View" section is a full page advertisement for George Lucas' "Star Wars" for the Christmas holiday season the same year this movie made it's debut. Notice each character giving there happy holiday wishes in there own handwriting including R2-D2's in computer lingo. Terrific for display. And probably no better issue could be found than this, the leading newspaper from the home of the entertainment industry - the Hollywood area's prime publication. I feel this to be an extremely rare issue (maybe a one of a kind ?) which would not have been saved since it contains no historically significant content.
Complete 1st and IV section only with a total of 58 pages, in very nice condition.