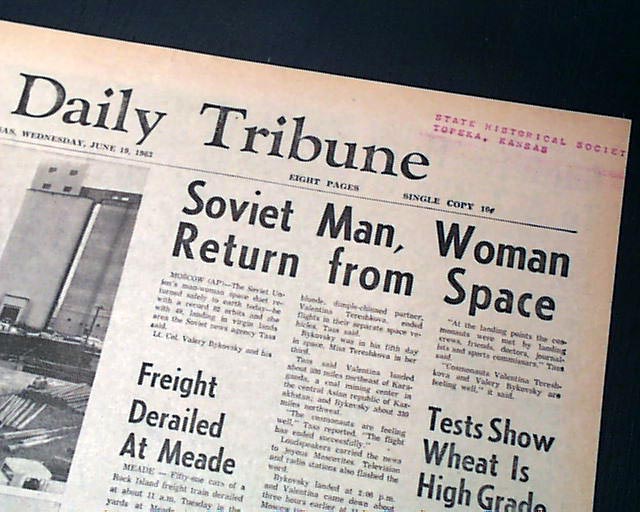 The top of the front page has a three column heading: "Soviet Man, Woman return from Space" (see) Coverage on the Soviet Union putting the 1st ever woman into space.
Complete in 8 pages, a few small binding holes along spine, small library stamp in the masthead, nice condition.