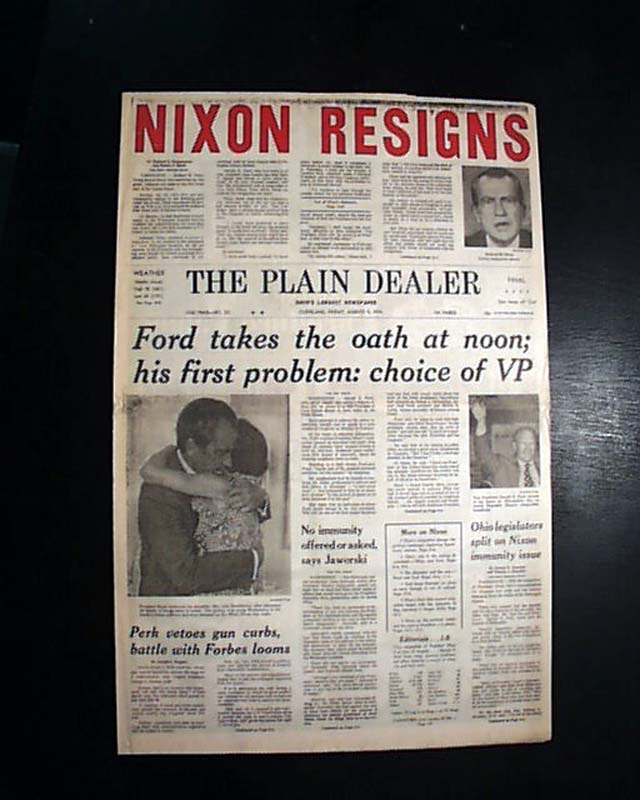 The front page has a nice banner headline above the masthead in red lettering: "NIXON RESIGNS" with "Ford takes the oath at noon; his first problem: choice of VP" and photos. (see) Nice for display. More inside.
Complete 1st section only with all 18 pages of a 134 page newspaper, very nice condition.