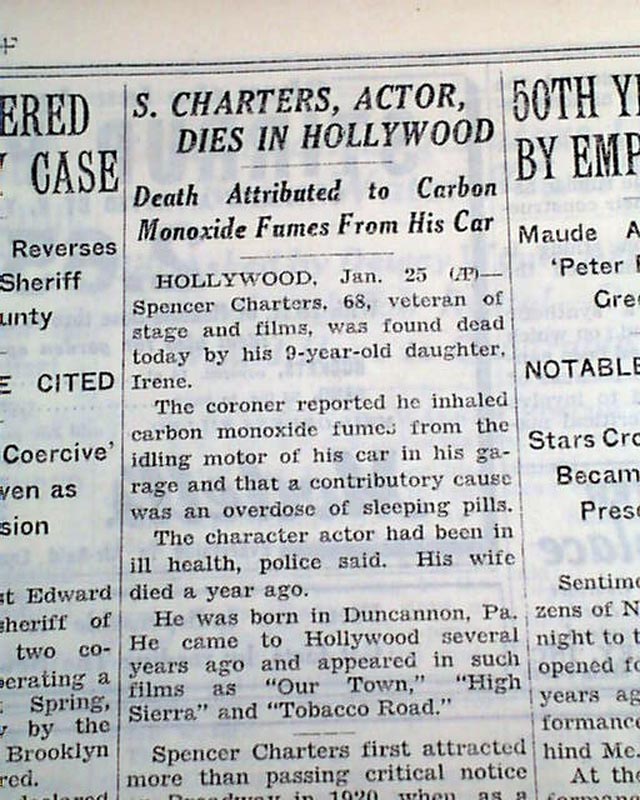 The top of page 14 has a one column heading: "S. Charters, Actor, Dies In Hollywood" with subhead. (see) First report coverage on the suicide death of actor Spencer Charters.
Other news, sports and advertisements of the day with much on World War II. Complete in 38 pages, rag  edition in great condition.

wikipedia notes: Chaters died by suicide from a mix of sleeping pills and carbon monoxide poisoning.