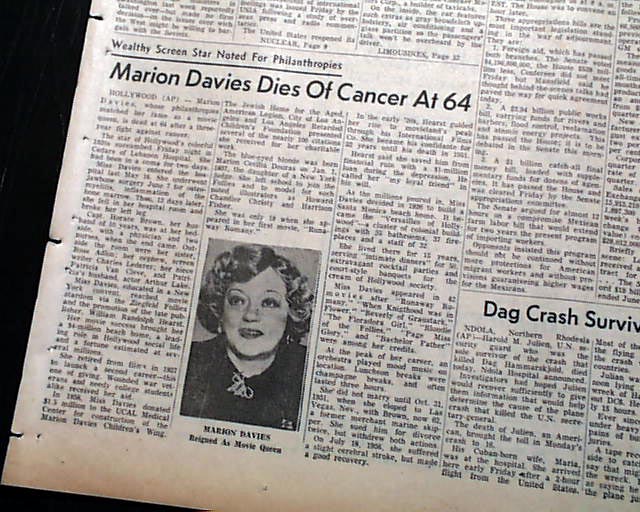 Near the bottom of the front page is a three column heading: "Marion Davies Dies Of cancer At 64" with lead-in: "Wealthy Screen Star Noted For Philanthropies" and photo. (see)
Complete with all 14 pages, light toning at the margins, condition.