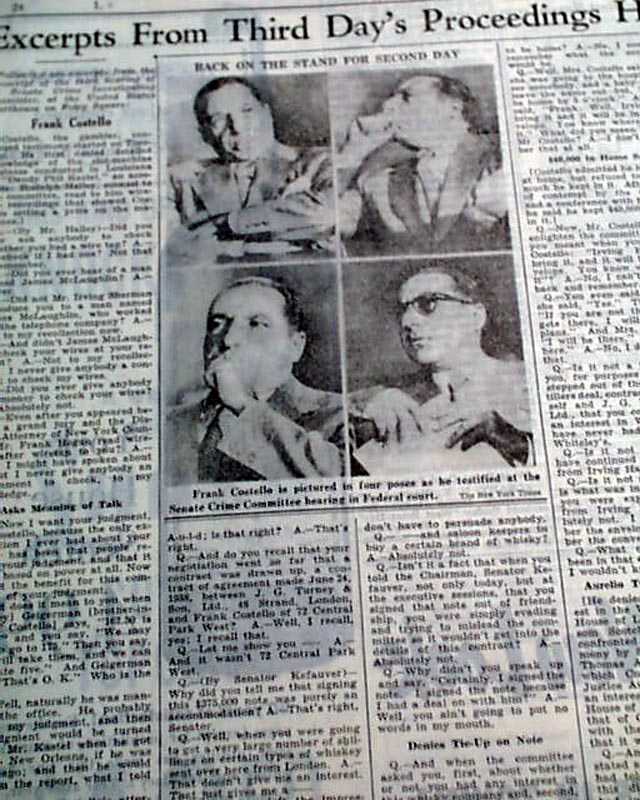 The top of the front page has a one column heading: "PHONE TAP CLASH EXPOSES COSTELLO TO PERJURY CHARGE" with subheads and related photo. Lengthy text continues inside with testimony and more related photos with pictorial of Costello. (see). Nice to have in this famous NYC title and the city where these hearings took place.
Other news, sports and advertisements of the day throughout. Complete in 68 pages, rag edition in very nice condition.