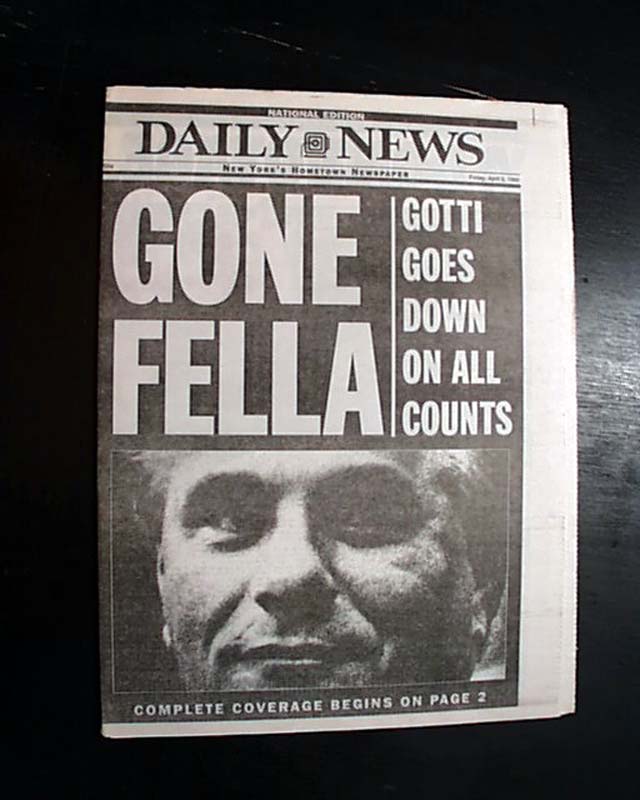 This famous tabloid newspaper has a great displayable front page heading and photo concerning mob leader John Gotti's guilty verdict, which ended up being his last day of freedom in society.
The front page has a great headline: "GONE FELLA" with: "Gotti Goes Down On All Counts" and grainy photo. Nice for display. Much more on the following pages.
Complete in 32 pages, nice condition.