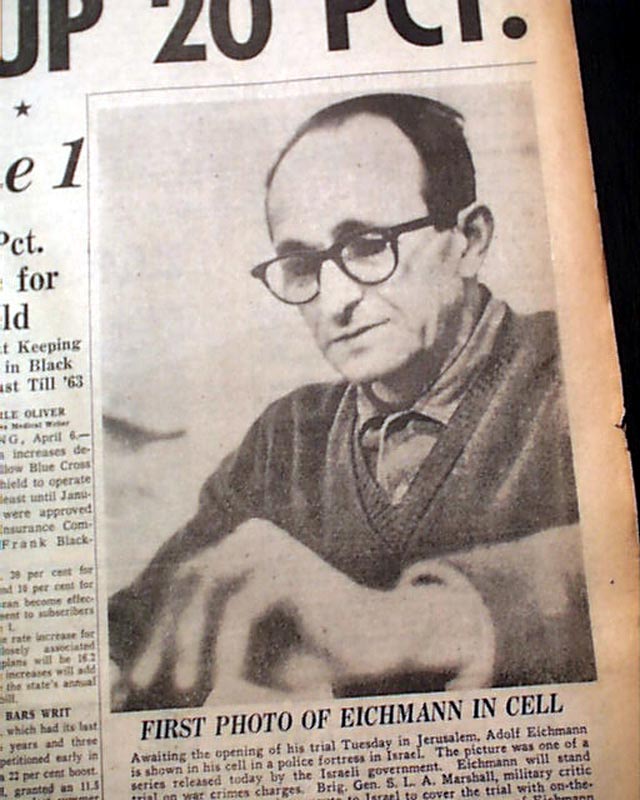 The ftpg. has a 3 column photo headed: "First Photo Of Eichmann In Cell" Two more related photos are on the back page. (see)
Complete in 40+ pages, light toning at the margins, small binding holes along the spine, generally nice.