Home > Back to Search Results > Lincoln's Baltimore speech... Rare speech given outside of D.C.!
Click image to enlarge 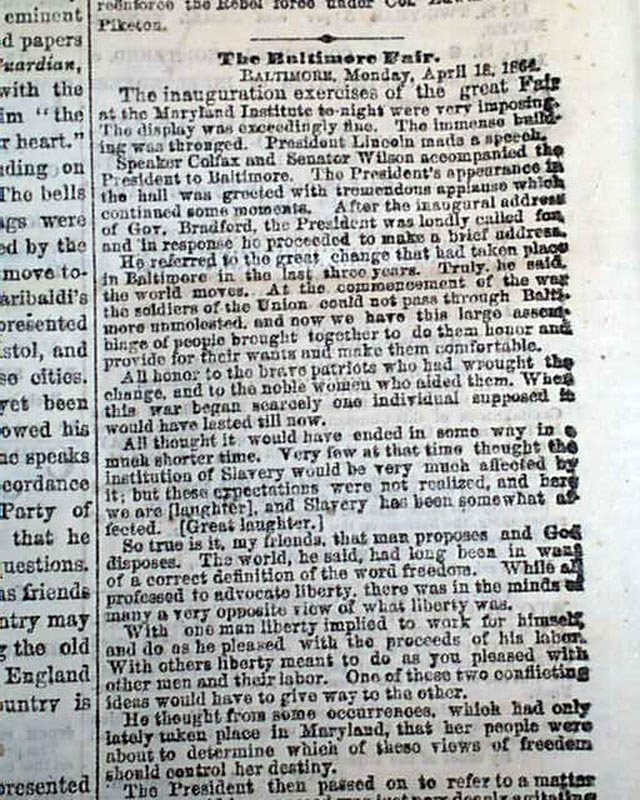 Lincoln's Baltimore speech... Rare speech given outside of D.C.!

The most noteworthy content is found on page 4 under the heading: "The Baltimore Fair" which includes excerpts and commentary regarding President Lincoln's Speech in Baltimore, it being one of only three speeches he gave outside of Washington during his presidency - particularly noteworthy in that it was just a few years earlier a plot to assassinate him had been organized in the very same city, and Union troops had been attacked while passing through the region. The text includes in part: "With one man liberty implied to work for himself and do as he pleased with the proceeds of his labor. With others liberty meant to do as you pleased with other men and their labor. One of these two conflicting ideas would have to give way to the other..." with more.
Other Civil War related reports are present as well. Complete in 8 pages; a little irregular along the spine, otherwise in very nice condition.