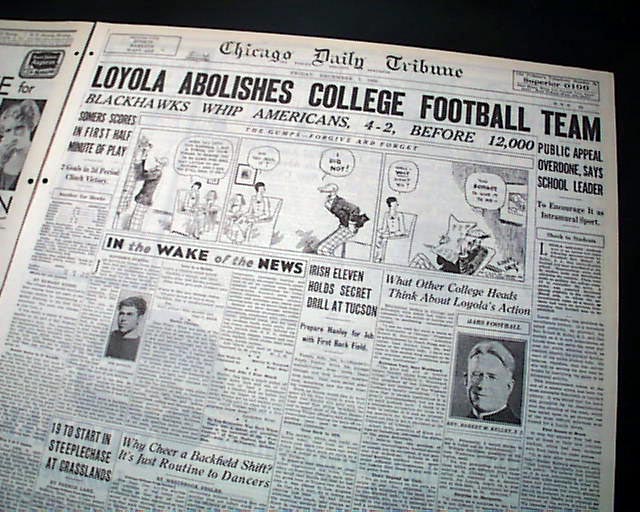 The front page of section II (sports) has a nice banner headline: "LOYOLA ABOLISHES COLLEGE FOOTBALL TEAM" with subheads. (see) Nice for display. Great to have in this Chicago publication, very rare as such.
Complete with all 40 pages, rag edition in great condition. A few binding holes along the spine.

wikipedia notes: In December, university president Rev. Robert M. Kelley announced intercollegiate football at Loyola was to be abandoned and only offered as an intermural sport. This announcement made the 1930 Ramblers season the final one in program history.