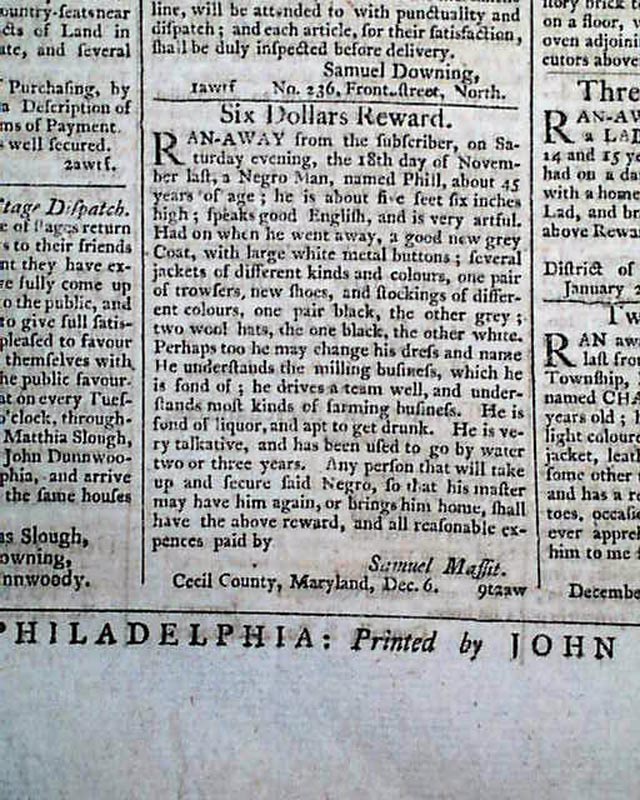 The front page is filled with advertisements. News of the day on pages 2 & 3. Page 3 also has a interesting ad for: "Bitch Lost; Fifteen Dollars Reward" which is for a runaway dog.
The bottom of the back page has a advertisement for: "Six Dollars Reward" for a runaway slave. (see)
Four pages, never-trimmed margins, tiny binding holes along the spine, great condition.