Home > Back to Search Results > First bloodshed of the American Civil War...
Click image to enlarge 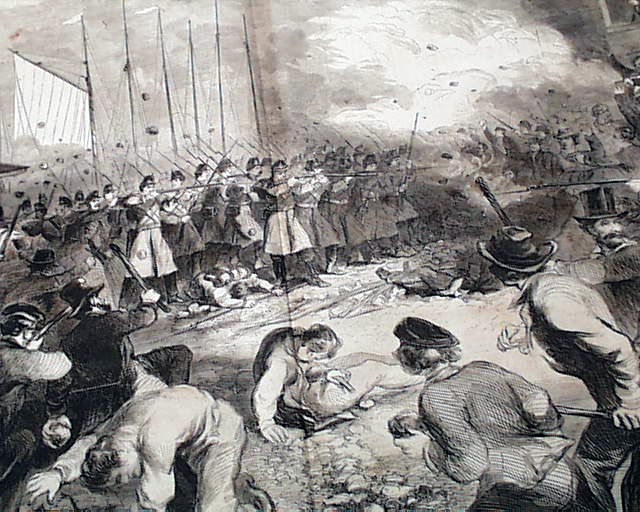 The front page has 3 related prints: "The Sixth Regiment of Mass. Troops Firing into the People at the Kensington Depot, Baltimore..." (considered the first bloodshed of the Civil War).
Inside has a fullpg: "Evacuation & Burning of the U.S. Arsenal & Shops at Harper's Ferry..." "...Volunteers Leaving Jersey City..."; a very dramatic, tipped-in (no binding holes) doublepage centerfold: "...Firing into the People in Pratt Street..."; a fullpg. of soldiers "...Passing down Cortlandt St..." and more.
Sixteen pages, very nice condition.