Home > Back to Search Results > The early works of James Fenimore Cooper...
Click image to enlarge 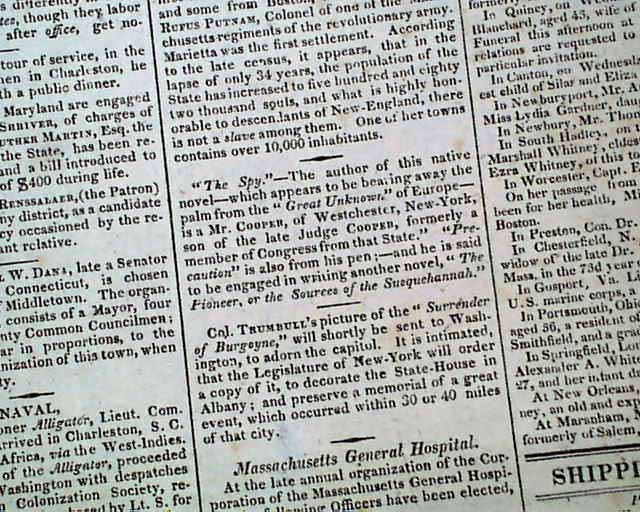 * James Fenimore Cooper
* Establishes himself as a great American novelist

Page 2 has an early report about James Fenimore Cooper, America's first great author. The report mentions in part: "The Spy--The author of this native novel...is a Mr. Cooper, of Westchester, New York son of the late Judge Cooper, formerly a member of Congress from that State. 'Precaution' is also from his pen; and he is said to be engaged in writing another novel, 'The Pioneer, or the Sources of the Susquehannah.' "
The Spy was his first successful novel. The other two works mentioned were, indeed, by him.
Four pages, nice condition.