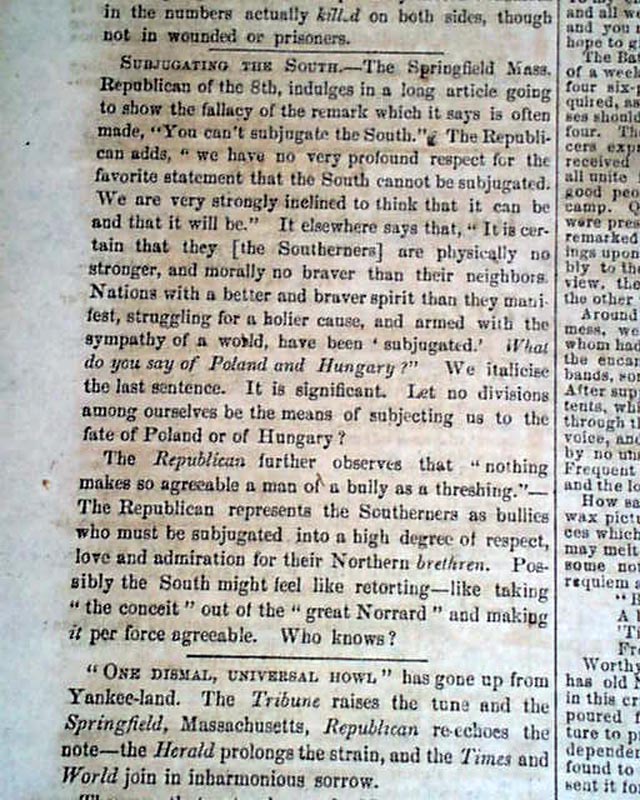 THE DAILY JOURNAL, Wilmington, North Carolina, Aug. 23, 1861  This is one of just a few newspapers which printed "Confederate States Of America" in the dateline. The front page is entirely taken up with ads.
War related items are on the inside pages including items headed: "Subjugating the South" "One Dismal, Universal Howl" "Admission of Missouri as a Member of the Southern Confederacy" "The New York Herald Sounds an Alarm" "Thanks fo Congress to Gen. McCulloch & His Command" "From Richmond" & more.
Four pages, very nice condition.
Wilmington was a major Atlantic Ocean port city for the Confederacy during the Civil War, and was one of the last ports to fall to Union forces in 1865. It is just 170 miles north of Charleston, where the Civil War began.