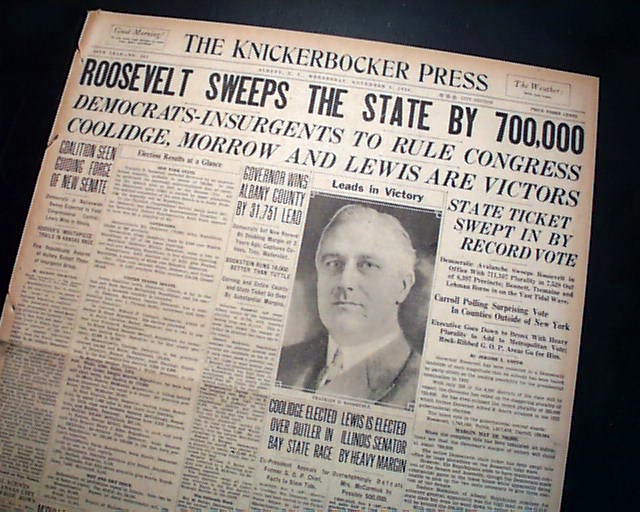 The front page has a nice banner headline: "ROOSEVELT SWEEPS THE STATE BY 700,000" and more with subheads and photo of Roosevelt. (see) Great to have from the capital of New York.
Complete with 26 pages, light toning at the margins, a little spine wear, generally good.