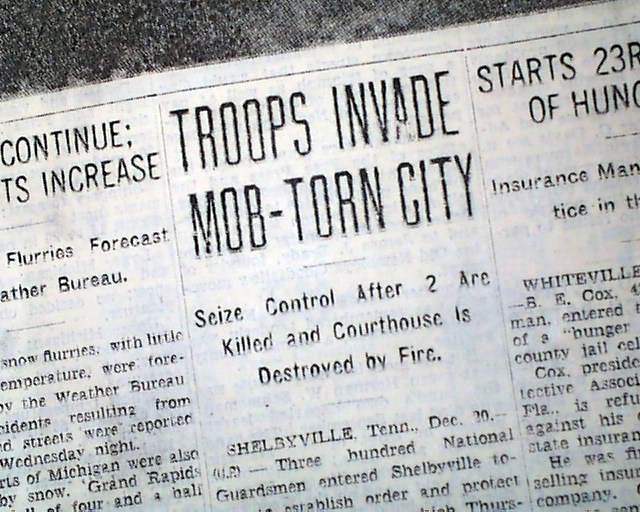 The top of the front page has a one column heading: "Troops Invade Mob-Torn City" with subhead. (see)
Complete with 52 pages, rag edition in very nice condition.

wikipedia notes: In 1934, a lynch mob burned down the fourth courthouse after learning that the young African-American man they wanted to hang had been taken from the county jail and transported to another county for his protection.