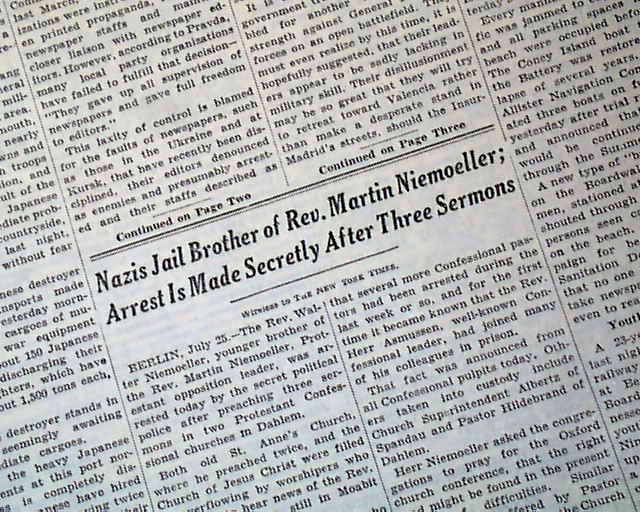 Near the bottom of the front page has a two column heading: "Nazis Jail Brother of Rev. Martin Niemoeller; Arrest Is Made Secretly After three Sermons" (see) First report coverage on anti-Nazi theologian, Reverend Walter Niemöller, brother of the more famous Martin Niemoller.
Other news, sports and advertisements of the day. Complete in 32 pages, rag edition in great condition.