Home > Back to Search Results > Deadwood and Sidney described...
Click image to enlarge 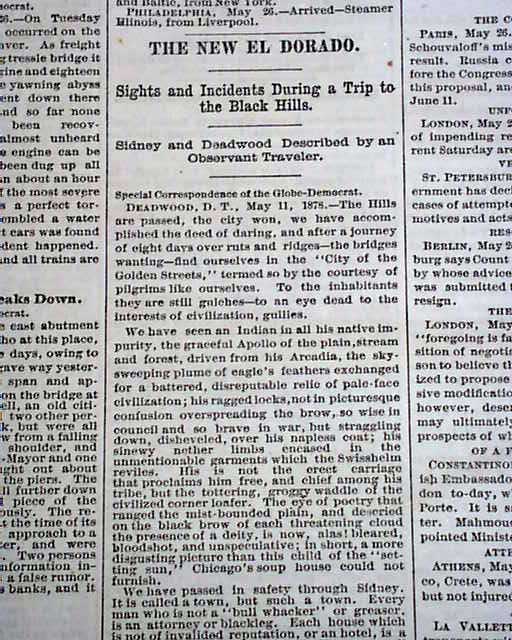 The front page has column heads: "HE NEW EL DORADO" "Sights & Incidents During a Trip to the Black Hills" "Sidney and Deadwood Described by an Observant Traveler".
A very descriptive article on Deadwood and Sidney, the latter being in Nebraska. Sidney is described in part: "...It is called a town, but such a town. Every man who is not a 'bull whacker' or greaser, is an attorney or blackleg. Each house which is not of invalided reputation or an hotel, is a dance hall or gambling hell. The men all wear pistol and knife..." with much more.
Eight pages, a small piece from a blank margin, nice condition.