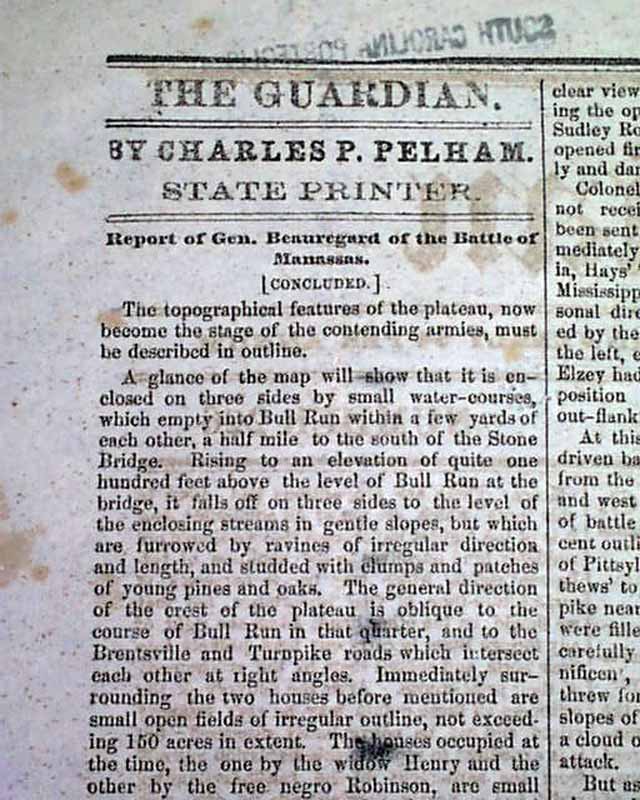 A very rare title and great to have it contain the word “Southern” and also the motto which reads: “The South—Equality or Independence”. The front page has much on the correspondence between Lord Russell and Secretary of State Seward on the Trent Affair. But the prime content is found on the back page of which two-thirds is taken up with the conclusion of the: “Report of Gen. Beauregard on the Battle of Manassas” which contains tremendous detail & is signed by him in type: G. T. Beauregard. Also: “The Rumored Resignation” of Stonewall Jackson; “On To Richmond Again” “The Question of Re-enlistment” “The Nashville” “Latest Northern Items” “From Tennessee” and other reports.
Complete as a single sheet newspaper of large folio size, 3 small tape mends at the central fold, never-trimmed margins, generally very nice condition.