Home > Back to Search Results > Boston newspaper with Loyalist leanings... Opinions on Massachusetts clergy re the Charter...
Click image to enlarge 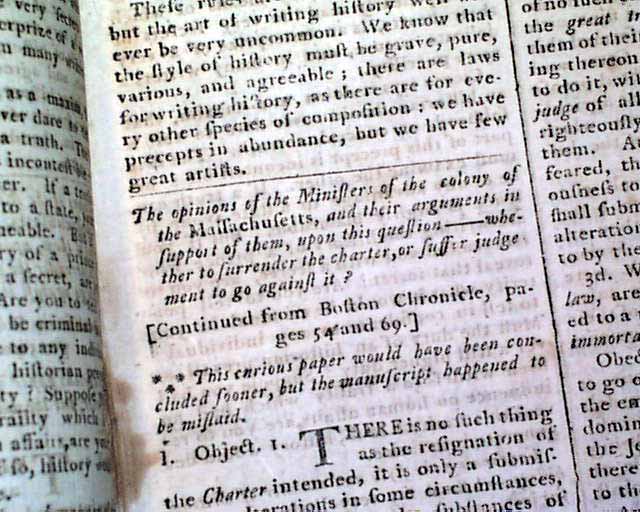 Boston newspaper with Loyalist leanings... Opinions on Massachusetts clergy re the Charter...