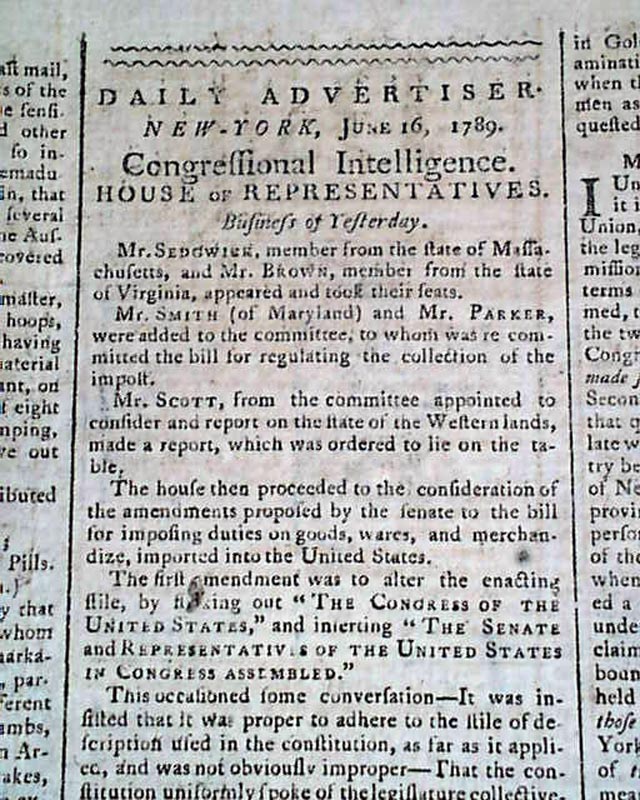 Page 2 has almost a full column of reporting of: "Congressional Intelligence" almost entirely taken up with: "...the amendments proposed by the senate to the bill for imposing duties on goods, wares, and merchandize imported into the United States."
One of the discussions is focused on: "...to alter the enacting stile, by striking out The congress of the United States', and inserting 'The Senate and Representatives of the United States in Congress Assembled.' ". Another report has a letter concerning the possibility of Vermont joining the Union.
Among the ads on page 3 is one: "Samuel Fraunces" the famed owner of Fraunces Tavern in New York City, where General Washington bid farewell to his officers at the end of the Revolutionary War. This ad announces he is transferring operation of his tavern to his wife. He will soon take on a new position as the head steward of the President's house in New York.
See also the great illustrated balloon & other ads on the back page. Four pages, wide, never-trimmed margins, minor damp stain at the right margin, nice condition.