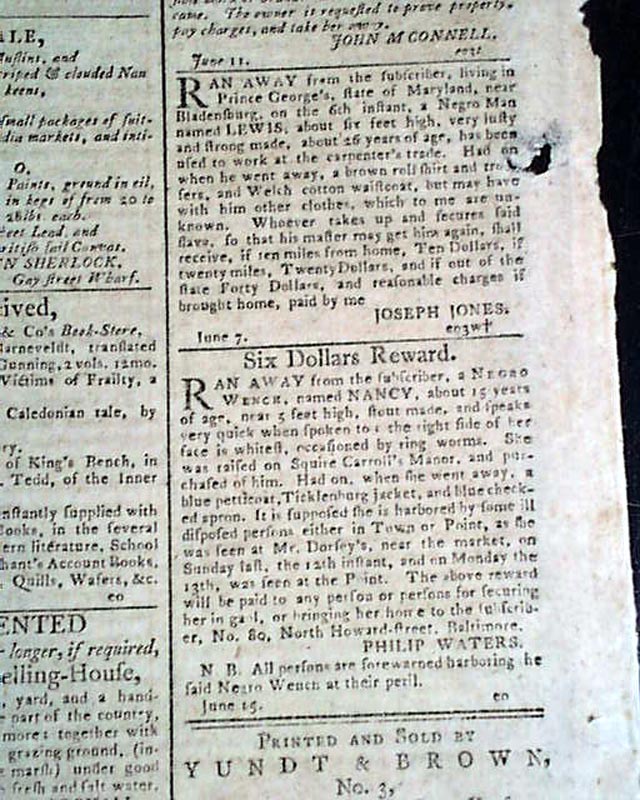 Page 4 has a document headed: "The United States of America...Letters Patent..." which is signed in type by the President: Go. Washington. The document notes a patent has been given to: "...Robert Dawson...of Delaware...hath alleged that he hath invented a new and useful improvement in bolting cloths...to be made patent...for the term of fourteen years..." with more. The web verifies that this patent was issued to Robert Dawson.
Four pages, two small holes near the spine do not affect mentioned reports, very nice condition.