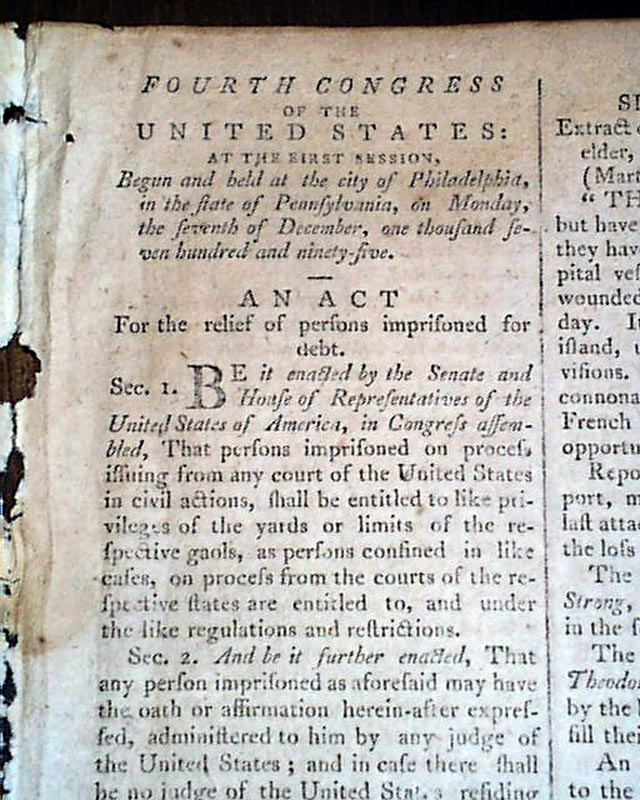 Page 2 has a document headed: "The United States of America...Letters Patent..." which is signed in type by the President: Go. Washington. The document notes a patent has been given to: "...Robert Dawson...of Delaware...hath alleged that he hath invented a new and useful improvement in bolting cloths...to be made patent...for the term of fourteen years..." with more. The web verifies that this patent was issued to Robert Dawson.
Page 3 has most of a column taken up with: "AN ACT For the Relief of Persons Imprisoned for debt" which is signed in type by the President: Go. Washington.
Also on page 3 is a document from the President authorizing a representative from England as a counsel to the United States, signed in type: Go. Washington.
Four pages, two stab slits at the first column cause minimal loss and do not affect mentioned content, otherwise very nice condition.