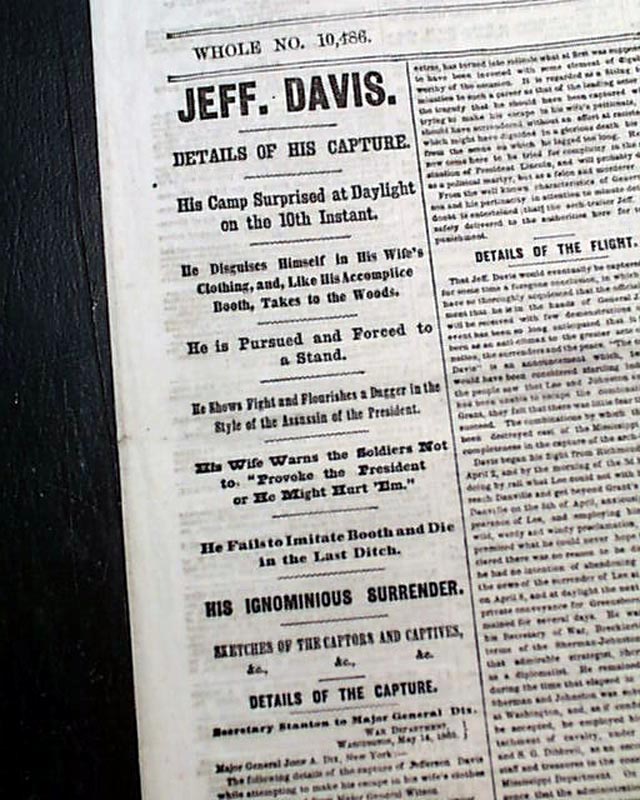 
NEW YORK HERALD, May 15, 1865  The front page first column heads include: "JEFF. DAVIS" "Details Of His Capture" "His Camp 'Surprised at Daylight on the 10th Instant" "He Disguises Himself in His Wife's Clothing, and, Like His Accomplice Booth, Takes to the Woods" "He is Pursued & Forced to a Stand" "He Shows Fight & Flourishes a Dagger in the Style of the Assassin of the President" and more.
The details of this historic report take up fully half of the front page. The balance of page 1 is taken up with other end-of-war items.
Most of an inside page is taken up with testimony of the trial of the conspirators involved in Lincoln's assassination.
Eight pages, never bound nor trimmed, creases at the front page folds, good condition.