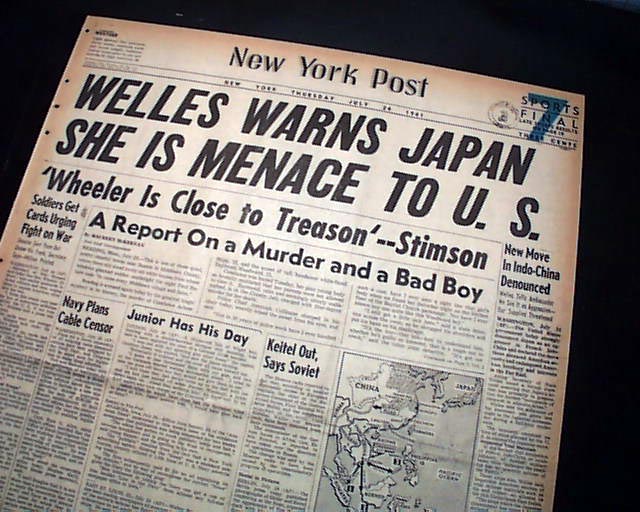 The front page has a nice banner headline: "WELLES WARNS JAPAN SHE IS MENACE TO U. S." with subhead. (see) Nice headline more than 4 months before the bombing of Pearl Harbor.
Complete with 22 pages, light toning and minor wear at the margins, small binding holes along the spine, generally nice.