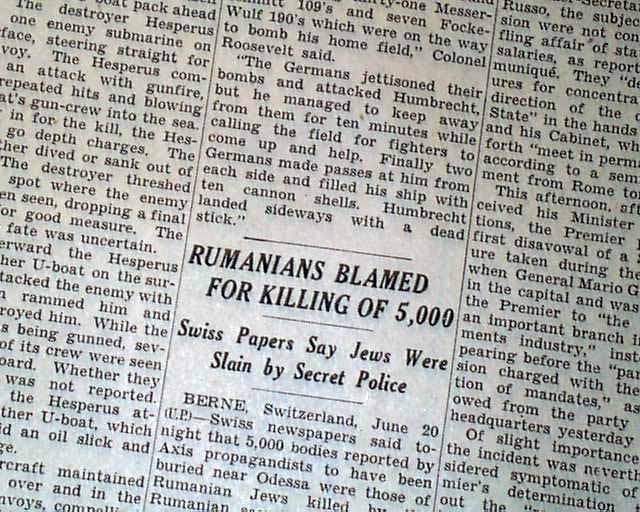 This 30 page newspaper has small one column headings on page 3:
"Rumanians Blamed For Killing Of 5,000" "Swiss Papers Say Jews Were Were Slain by Secret Police"

See photos for text on a massacre of Jews in Odessa, Ukraine during World War II.

Other news, sports, and advertisements of the day are included throughout. This issue is in nice condition.