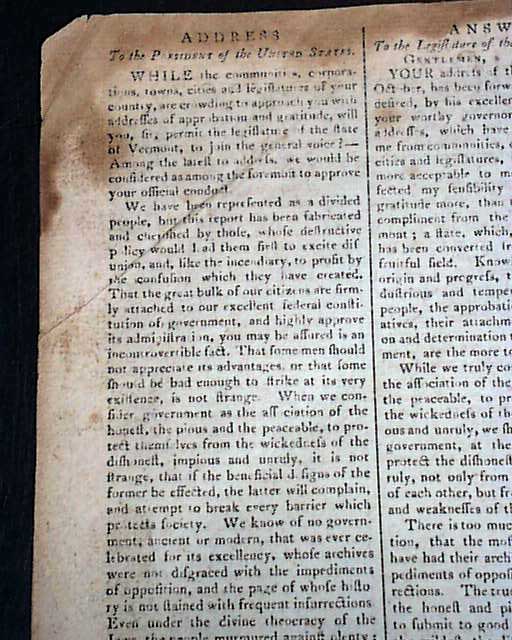 Page 2 begins with an: "Address To the President of  the United States" from the state of Vermont concerning the troubling relationship with France, followed by his: "Answer" signed: John Adams.
Page 2 also has some follow-up on the Battle of the Nile including a letter signed by: Horatio Nelson, and a report that he had been granted: "...with the dignity of al baron of the kingdom of Great Britain...", his title being "baron Nelson of the Nile & of Burnham Thorp in the county of Norfolk".
Four pages, handsome masthead, some foxing, nice condition.