Home > Back to Search Results > The Lemmon slave case in New York...
Click image to enlarge 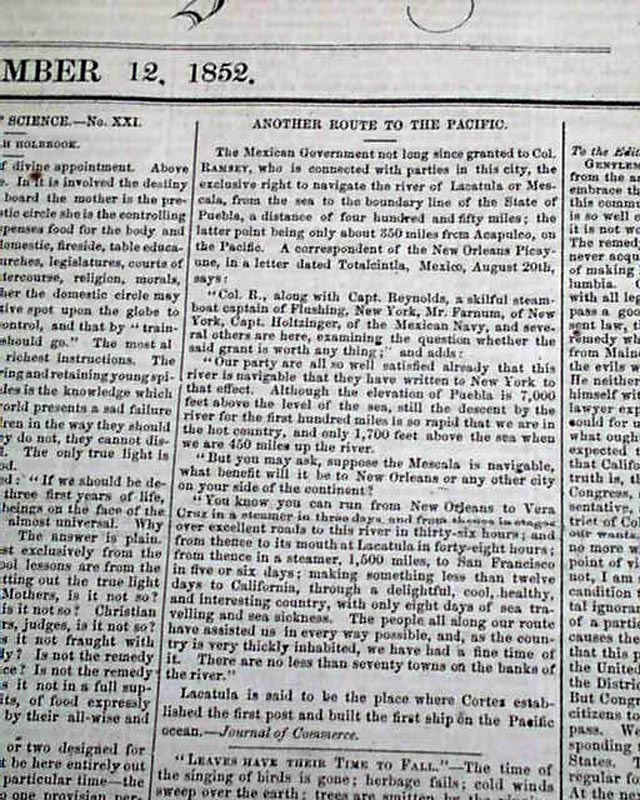 
DAILY NATIONAL INTELLIGENCER, Washington, D.C., Nov. 12, 1852  The top of the front page has: "Another route to The Pacific". But the primary article is at the top of page 3: "A Slave Case At New York."
This is the famous New York vs. Lemmon slave case, about which much can be found on the internet. Ultimately the decision mandated the release of eight slaves brought into New York by their Virginia slave owners, Jonathan and Juliet Lemmon, who were in transit while relocating to Texas. New York had abolished slavery freeing all slaves on July 4, 1827. An 1841 state law explicitly prohibited slaveholders from bringing slaves in transit to the state, liberating any slaves so brought.
Four pages, slightly irregular at the blank spine, nice condition.