Home > Back to Search Results > Much on the capture of Vera Cruz...
Click image to enlarge 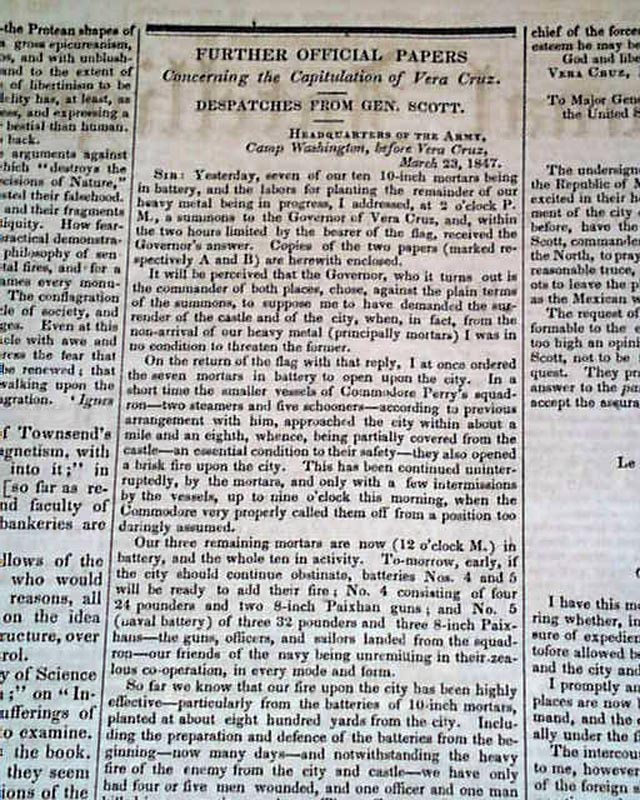 Much on the capture of Vera Cruz...

Page 2 has over two columns taken up with: "Further Official Papers Concerning the Capitulation of Vera Cruz - Dispatches From Gen. Scott."
These accounts and letters, including a lengthy one signed: Winfield Scott, give much detail on the capture of this important city in the Mexican War.
Also within: "The Late Skirmishing Near Monterey" "Incidents of the Attack On Vera Cruz" and other military reports.
Four pages, nice condition.