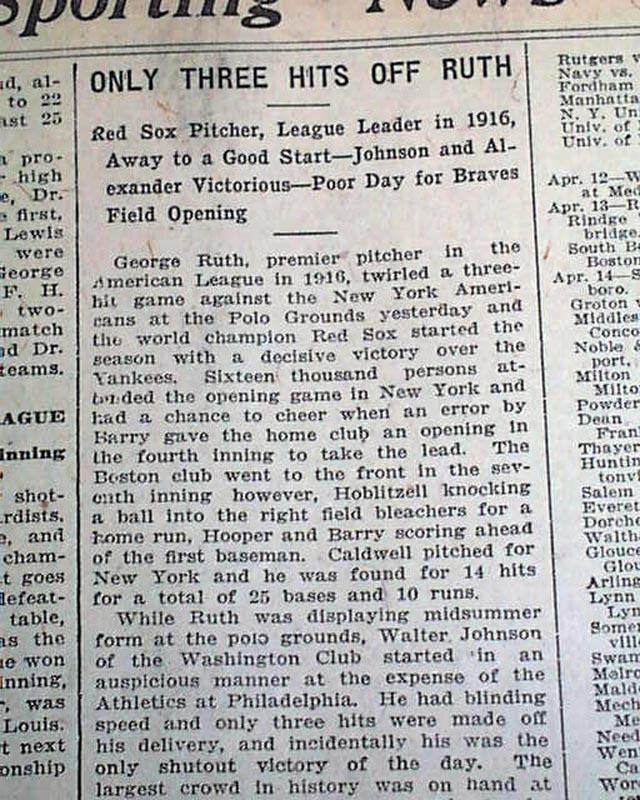 The top of the back page under "General Sporting News" is a one column heading "Only Three Hits Off Ruth" with subhead. (see) This was the opening day for the 1917 baseball season and Babe Ruth was pitching for the Boston Red in which he threw a 3-hitter against his future team, the New York Yankees. Great to have in a Boston publication, very rare as such.
Complete with 16 pages, light toning and a little wear at the margins, somewhat fragile, should be handled with care.