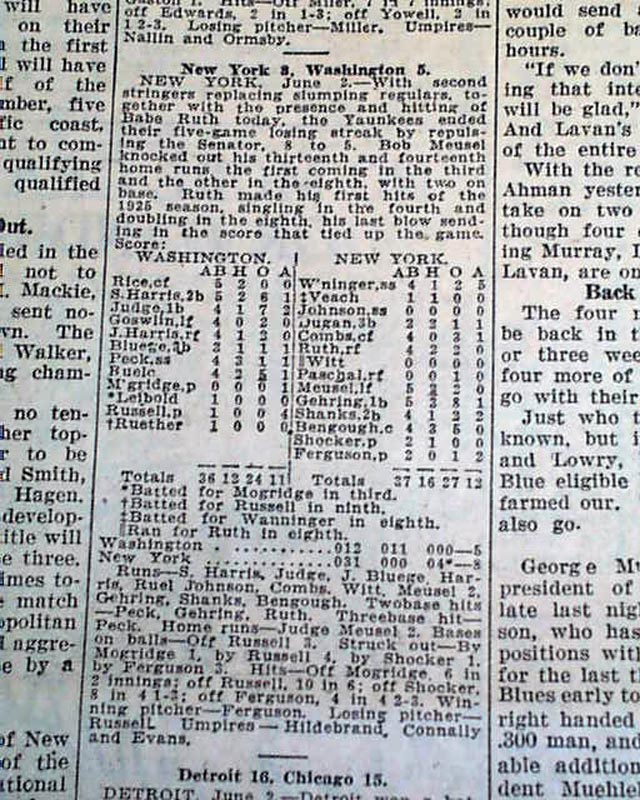 Page 9 has a small and somewhat discrete report under: "New York 8, Washington 5" with text that begins with: "With second stringers replacing slumping regulars..." with box scores that show Gehrig having 5 at bats. This was when Wally Pipp was replaced with a young Lou Gehrig which would be the 1st game played in his famous 2,130 game streak. Also on the same page is a one column heading: "Bambino Gets Single And Double at Bat" (see)
Complete with 16 pages, light toning and a little wear at the margins, generally good. Should be handled with care.