Home > Back to Search Results > Lincoln's message on what ignited the Civil War...
Click image to enlarge 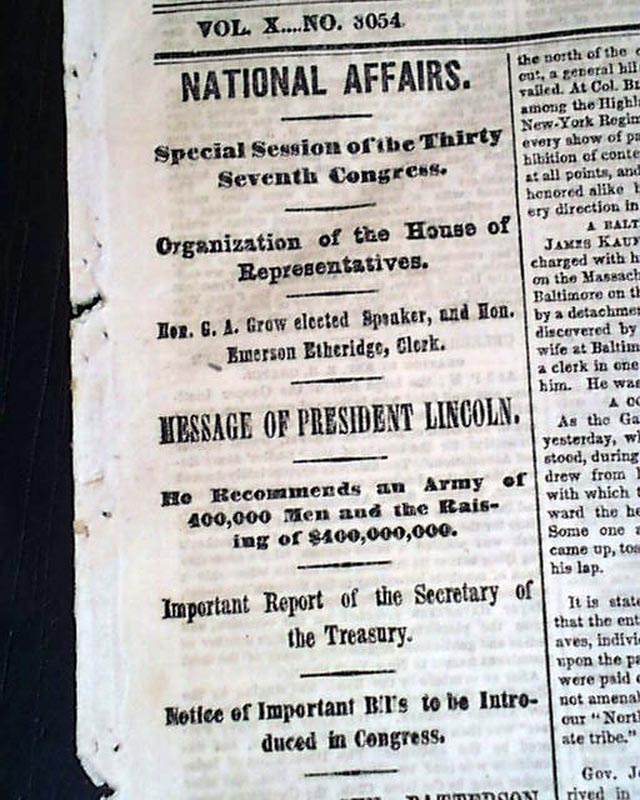 Lincoln's message on what ignited the Civil War...


NEW YORK TIMES, July 6, 1861  The most significant report is: "The "President's Message" which takes close to half of the front page & concludes on the back page where it is signed in type: Abraham Lincoln.
This is considered one of Lincoln's most famous speeches (although delivered to Congress in writing; not spoken) which has been given little attention, historically. In the address Lincoln outlined the events that ignited the war. He also cast considerable light on his own view of the fundamental purpose of government. Through it all knew that the time for action had arrived, and senators and representatives voted in unison to increase by 25% the President’s request for both money and men to fight the war. The internet has much on its significance.
The front page has other war-related reports but they pales in comparison.
Eight pages, slightly irregular at the spine due to disbinding, nice condition.