Home > Back to Search Results > Confederate report on the Battle of Antietam...
Click image to enlarge 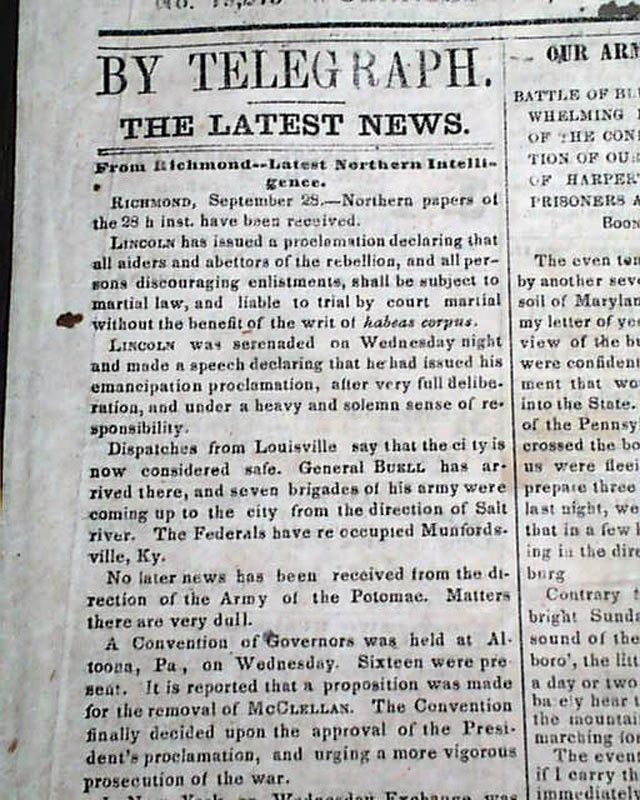 Confederate report on the Battle of Antietam...


CHARLESTON DAILY COURIER, South Carolina, Sept. 29, 1862  Printed within the masthead is: "Confederate States Of America", found on only a few titles from the Confederacy.
The front page includes: "From Richmond--Latest Northern Intelligence" "From Chattanooga--Later from the West" "From Mobile..." "Battle of Blue Ridge--The Enemy In Overwhelming Force--Strategic Movements of the Confederates--Capture of A Portion of our Wagon Train--Surrender of Harper's Ferry--Twelve Thousand Prisoners and Sixty-Three Guns" which takes close to 2 columns.
Beginning on the ftpg. & concluding on the bkpg. is a detailed report on the: "Surrender of Harper's Ferry".
Page 2 has more war-related items, and page 3 is entirely taken up with ads, while the back page has by far the most historically significant report, headed (at the very bottom of the 1st column) "The Battle of Sharpsburg" which was the Battle of Antietam, continuing to take more than 3 1/2 columns, being most of the back page. This report has a tremendous amount of detail on this, the bloodiest day of the entire Civil War with both sides loosing over 10,000 men in killed & wounded. Photos show less than half of the report.
There is a small wear hole at the very center, affecting just 4 words in the Antietam report, an ad on pg. 3, and about 10 words on the ftpg. & pg. 2. Otherwise never bound nor trimmed (desired), wide margins, some staining near margins, complete in 4 pages. 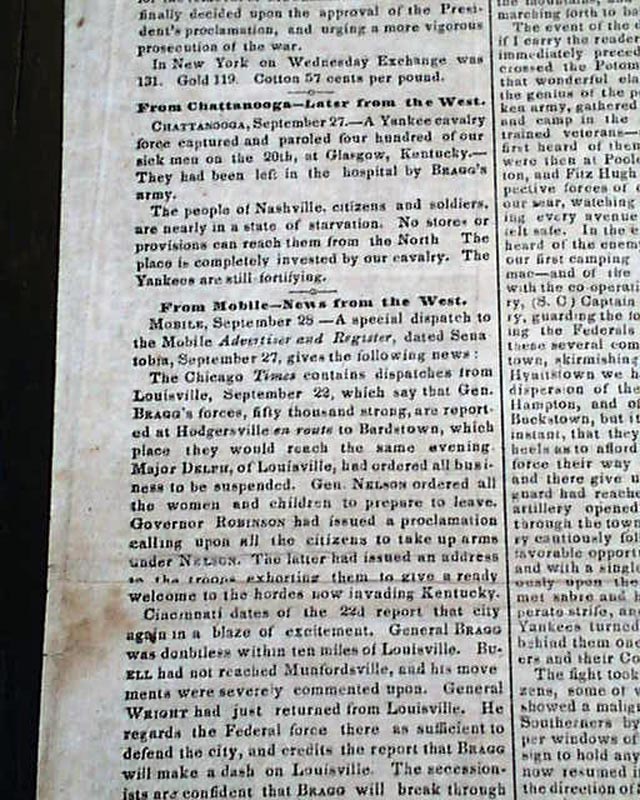 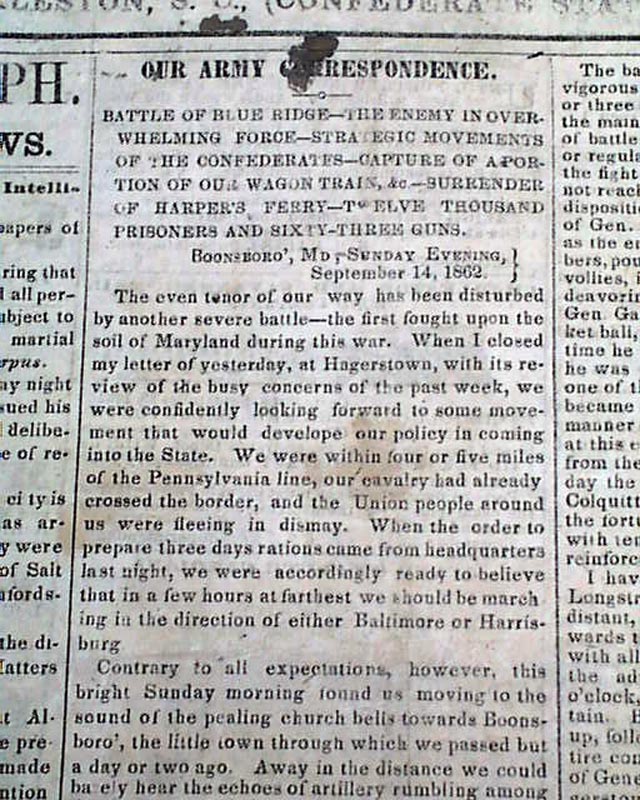 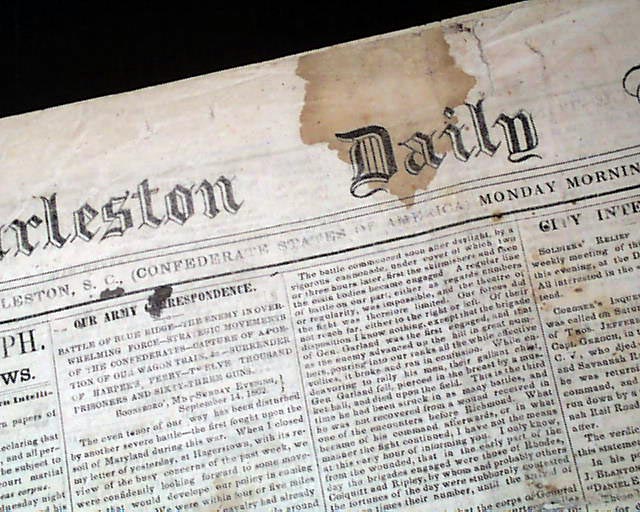 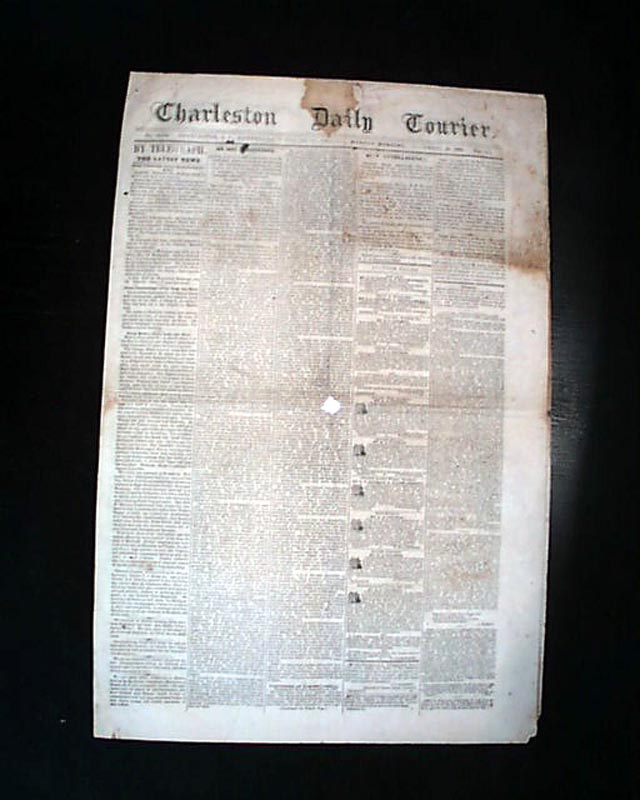 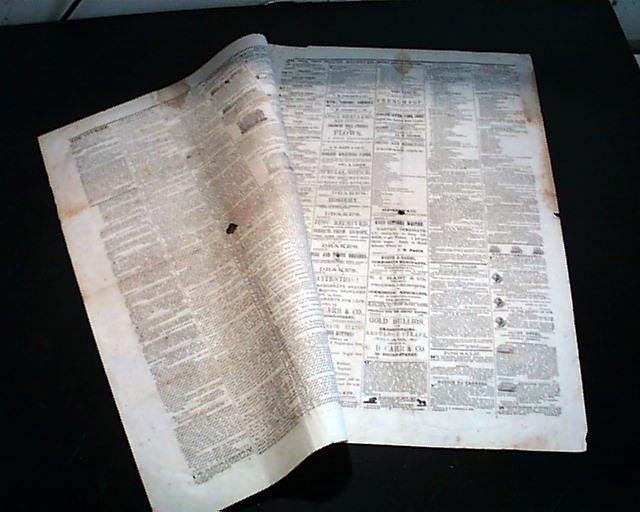 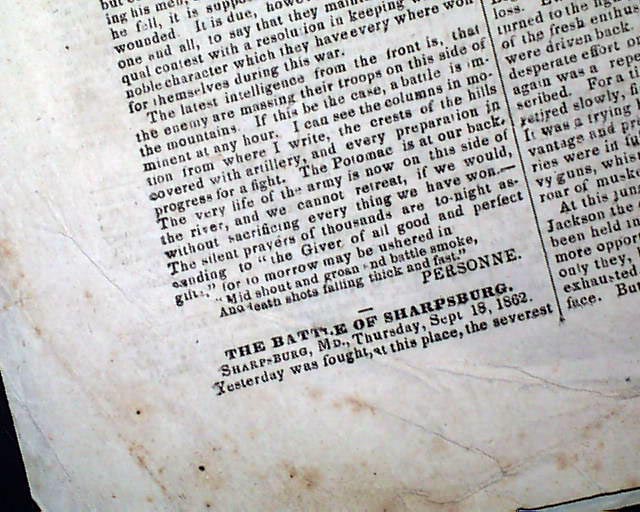 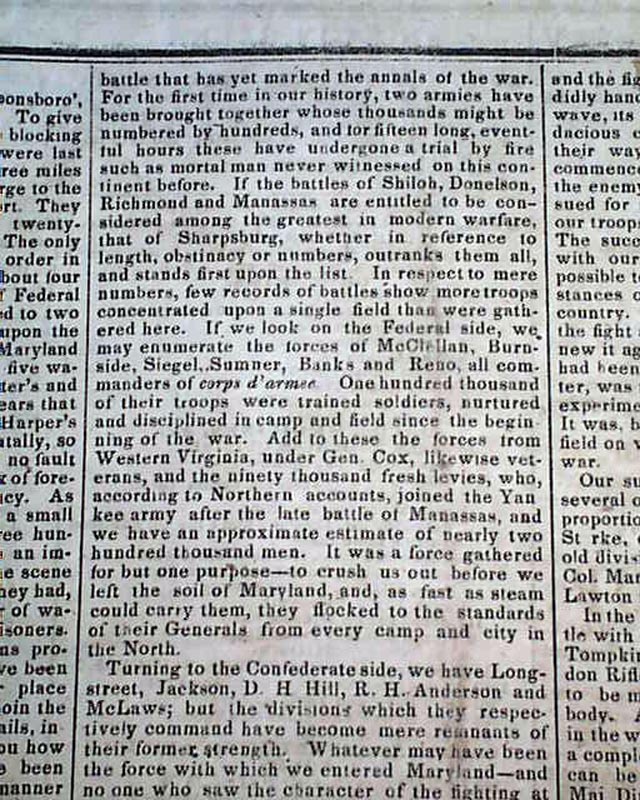 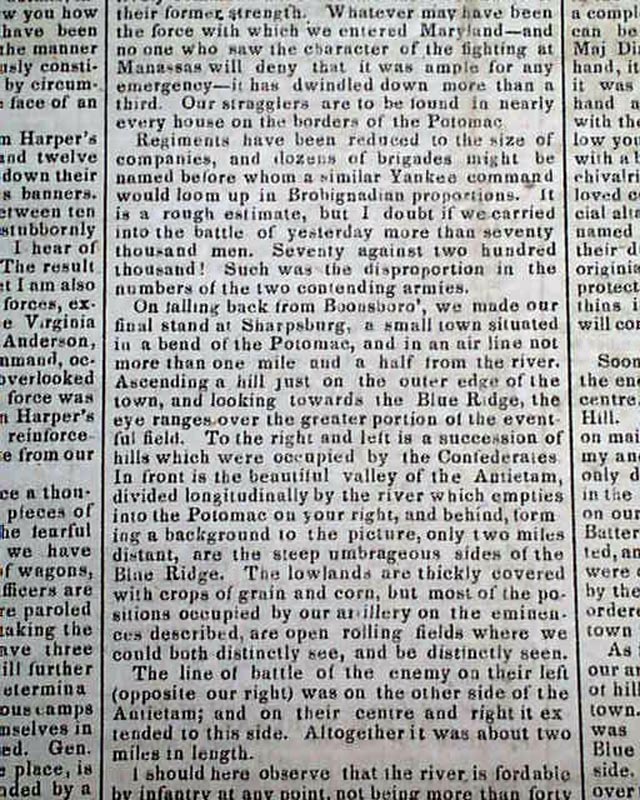 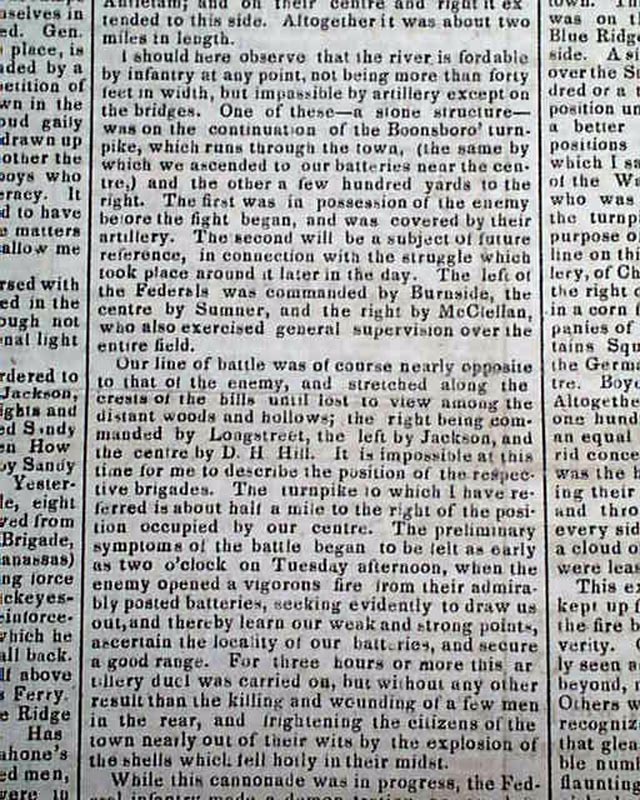 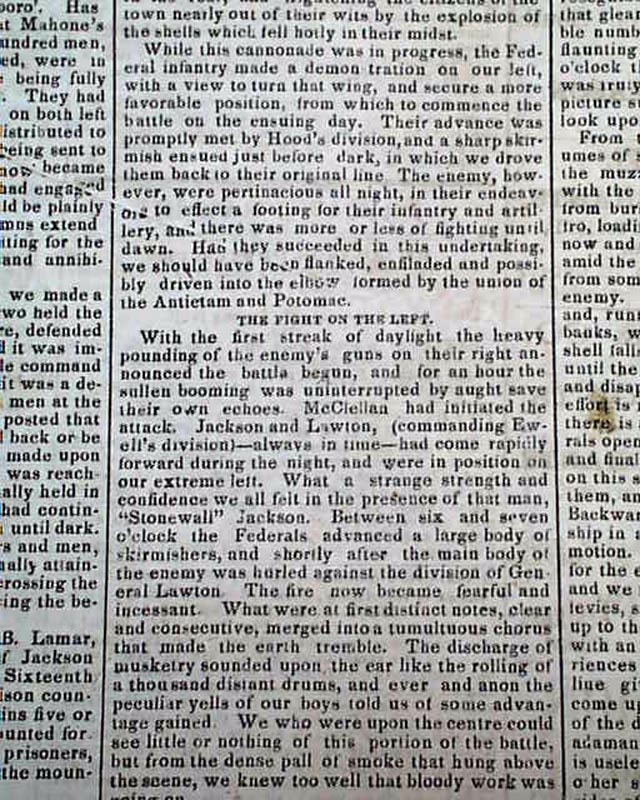 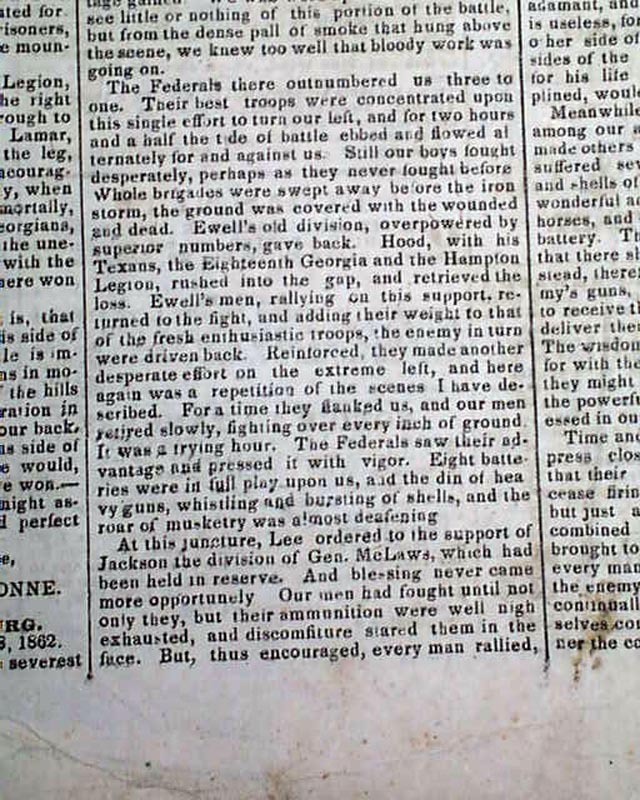