Home > Back to Search Results > Union victory in Tennessee... On Sherman at Atlanta...
Click image to enlarge 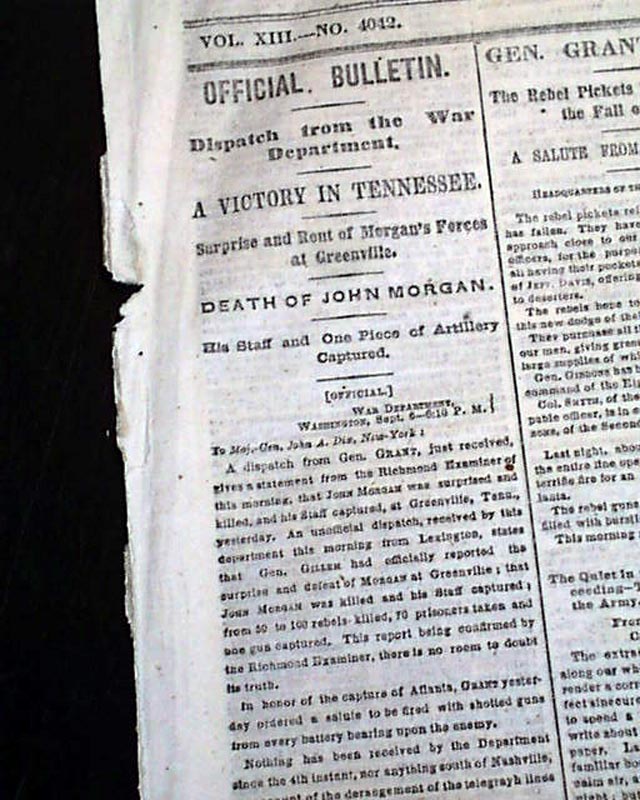 Union victory in Tennessee... On Sherman at Atlanta...

Among the front page column heads on the Civil War: "A VICTORY IN TENNESSEE" "Surprise & Route of Morgan's Forces at Greenville" "Death Of John Morgan" "His Staff & One Piece of Artillery Captured: "Gen. Grant's Army" "The Rebel Pickets Incredulous About the Fall of Atlanta" "The Union Victories" and more.
Eight pages, nice condition.

wikipedia notes: On September 4, 1864, he was surprised by a Union raid on Greeneville, Tennessee. While attempting to retreat, he was shot in the back and killed by Union cavalrymen. Morgan was buried in Lexington Cemetery. The burial was shortly before the birth of his second child, another daughter.