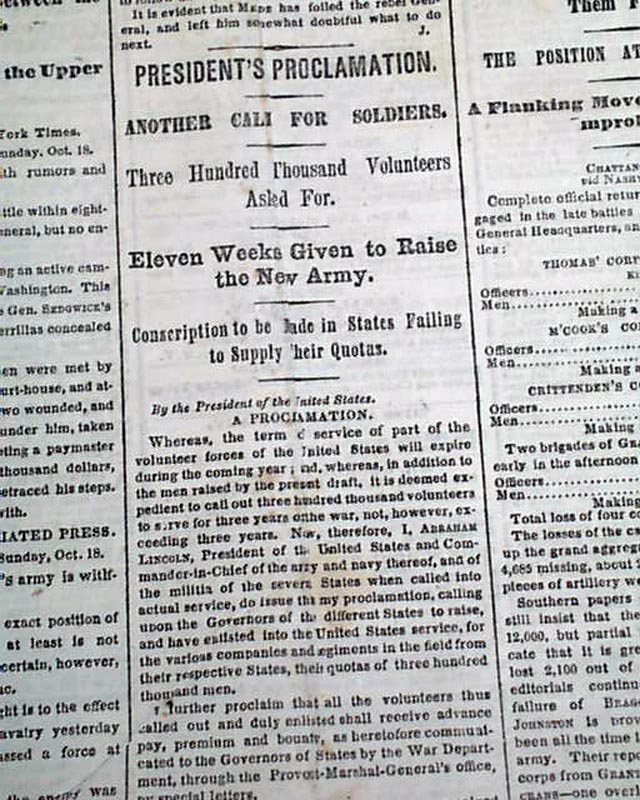 Among the one column headlines on the Civil War are: "PRESIDENT'S PROCLAMATION" which is signed in type by him: Abraham Lincoln. Also: "Another Call For Soldiers" "Three Hundred Thousand Volunteers Asked For" "The Army Of The Cumberland" "The Raids by Wheeler's Cavalry" "The Position At Chattanooga" "The Army of the Potomac" "Lee Said to be Massed Near Manassas" "Capture of Rebels Near the Upper Potomac"  and more.
Eight pages, nice condition.