Home > Back to Search Results > President Garfield is shot...
Click image to enlarge 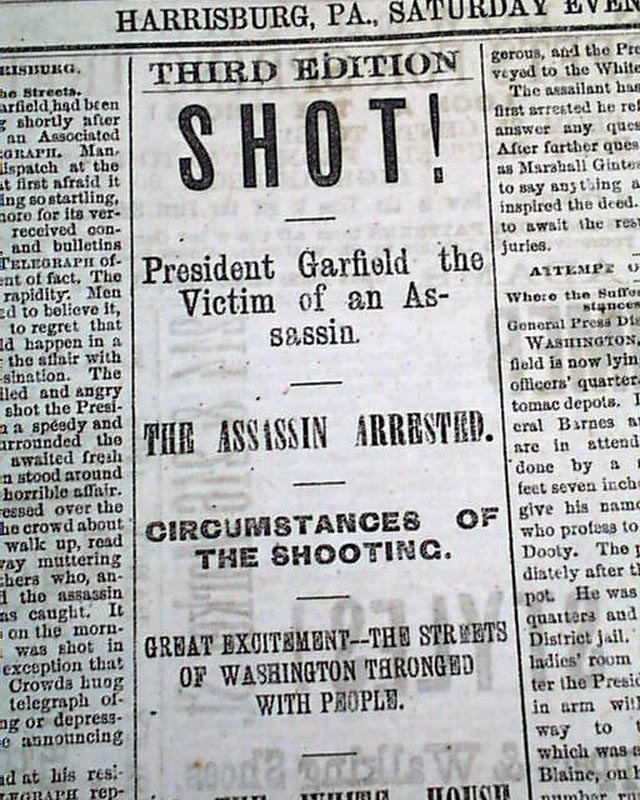 The great one column heads include: "SHOT ! " President Garfield the Victim of an Assassin" "The Assassin Arrested" "Circumstances Of The Shooting" "At The White House" "The President As Comfortable as Possible" and also: "SAD NEWS" "The Physicians' Official Bulletin" "Internal Hemorrhages Reported" "The Wounds Likely To Prove Fatal" "The Assassin's Letter" " 'The President's Tragic Death Was a Sad Necessity' " "The Anxiety Deepening" and even more.
Four pages, a bit irregular at the spine from disbinding, nice condition.