Home > Back to Search Results > Gandhi is assassinated... Death of Orville Wright...
Click image to enlarge 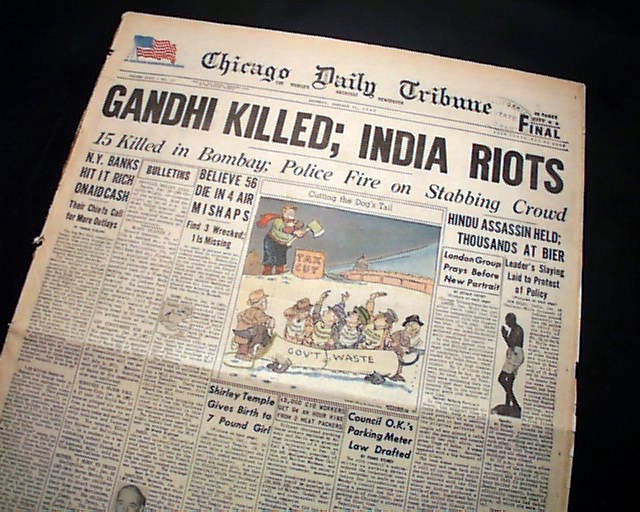 The banner headline announces: "GANDHI KILLED; INDIA RIOTS" and: "15 Killed in Bombay; Police Fire on Stabbing Crowd" and: "Hindu Assassin Held; Thousands At Bier" with other subheads. Included also is a full-figure photo of "Gandhi At Prayer", albeit a small photo.
Also note the front page: "Bulletin" noting: "Orville Wright Dies" noting in part: "Orville Wright, co-inventor of the airplane, died tonight..." with a bit more.
The back page has related photos on the Gandhi assassination.
The complete issue, slightly irregular at the spine, partial library stamp at the top, nice condition.