Home > Back to Search Results > Greeley's letter to Lincoln... Battle in Kentucky...
Click image to enlarge 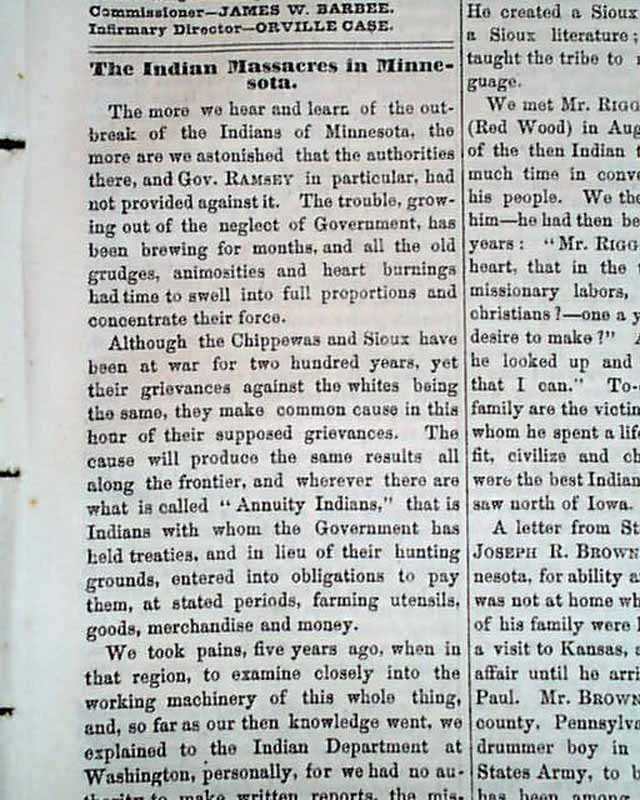 Articles include: "The Indian Massacres in Minnesota" "The Case of General Stone" "Mr. Lincoln's Scheme of Emancipation & Colonization" "War News of the Week" "Battle of Chattanooga" "Terrible Battle Near Richmond, Kentucky" "Severe Battle In Kentucky" "Horace Greeley Writes Another Letter to President Lincoln", this taking most of a column. So much more on the Civil War.
Eight pages, loss at a lower corner affects type but not of any mentioned reports. Otherwise very nice.