Home > Back to Search Results > The surrender of Lee to Grant at Appomattox...
Click image to enlarge 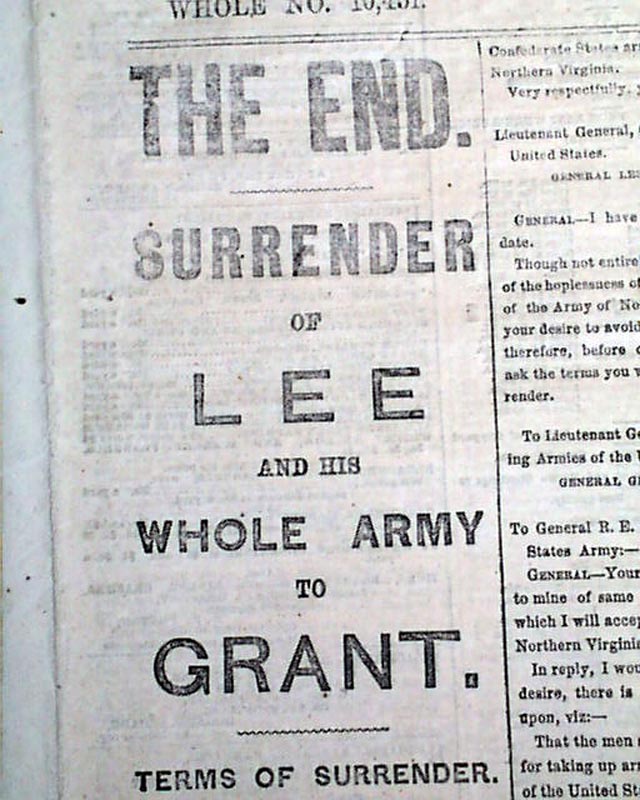 The surrender of Lee to Grant at Appomattox...

Two-thirds of the first column of the front page has bold headlines including: "THE END." "Surrender of Lee and his Whole Army to Grant" "Terms of Surrender" "All Honor to Grant, Meade, Sheridan, Ord, Humphreys, Wright, Griffin, Parke, and their Brave Troops" "Highly Interesting Details of the Fighting Before the Surrender" " Announcement of the Capture of Richmond to the Troops" "Jeff. Davis at Danville" and much more. The balance of the front page is taken up with related reports.
Most of the back page is taken up with a huge & very detailed map headed: "THE SURRENDER OF LEE. Scenes of Grant's Operations Against Lee in Virginia; of Sherman's Operations Against Johnston in North Carolina..." and more.
Eight pages, never bound nor trimmed, some creases at the fold, foxing to the top half of the vertical fold with some perforation along this fold. 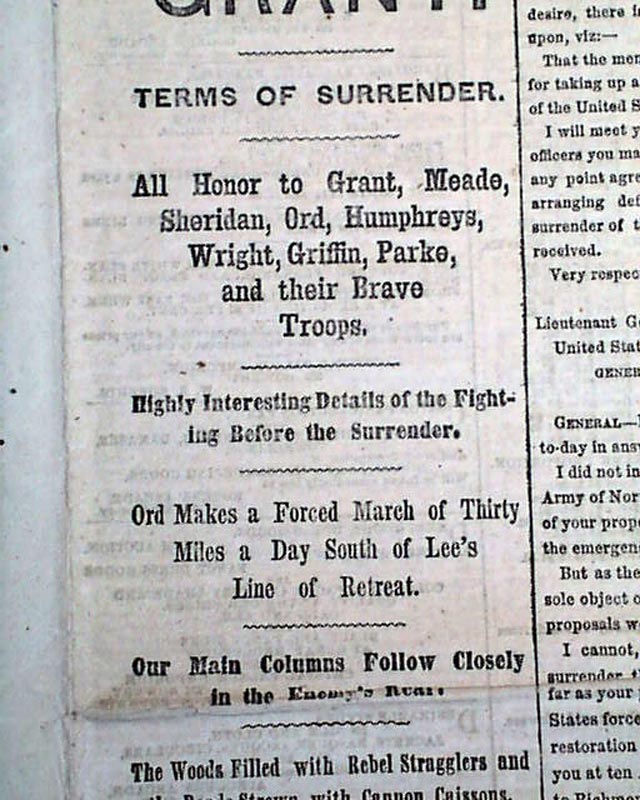 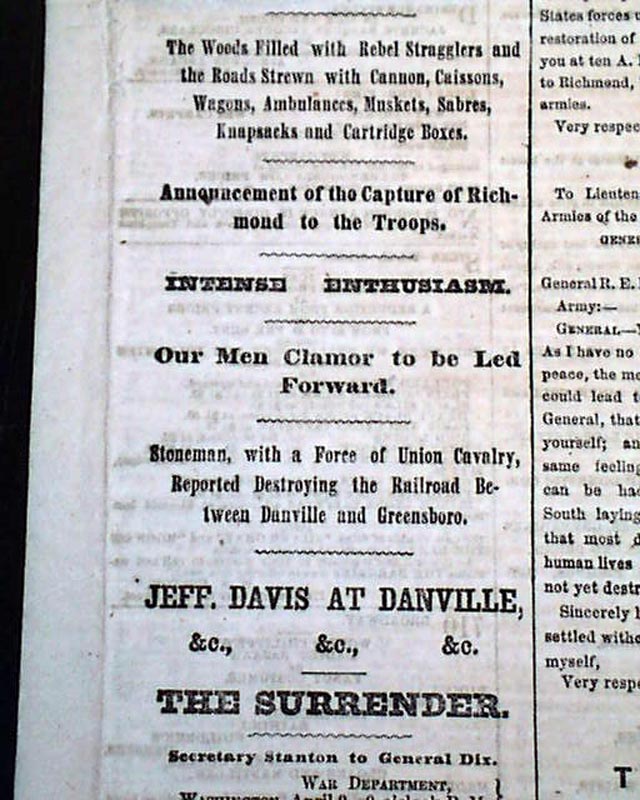 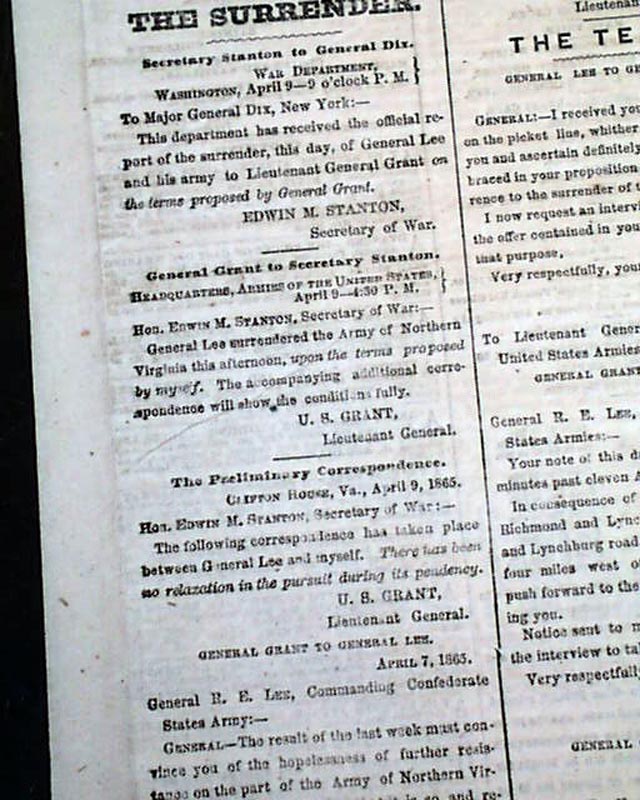 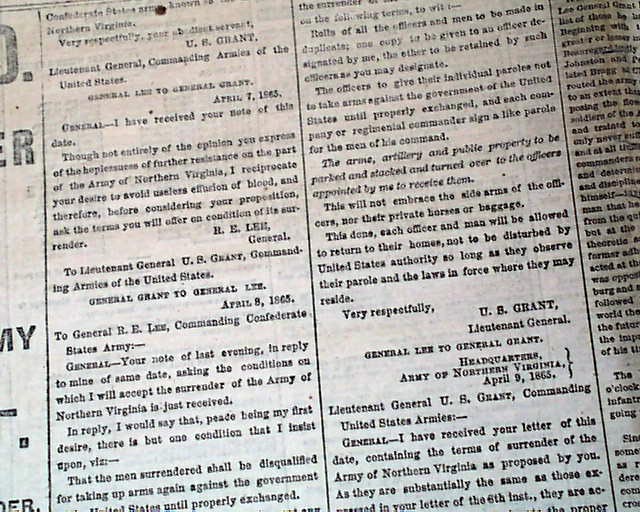 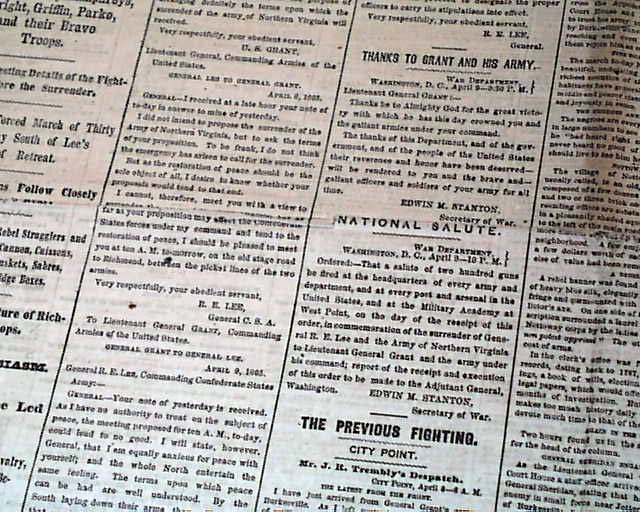 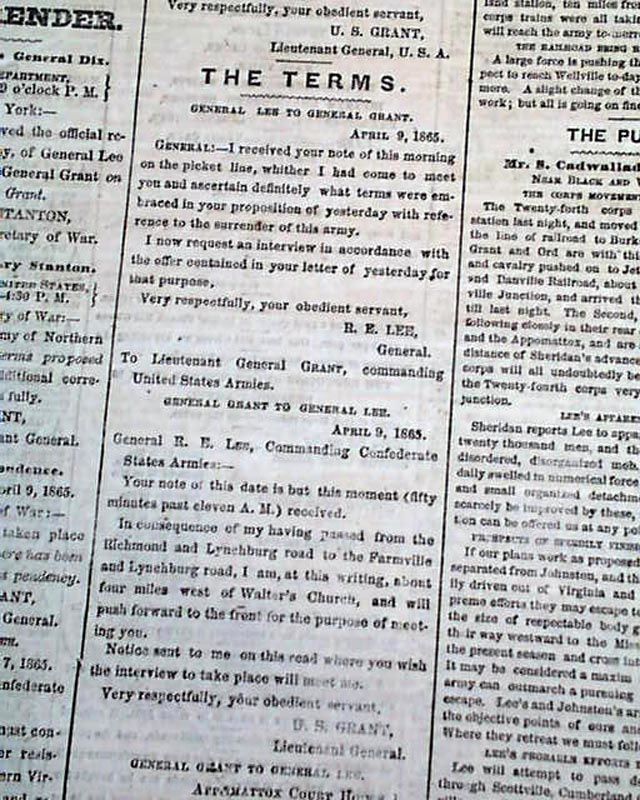 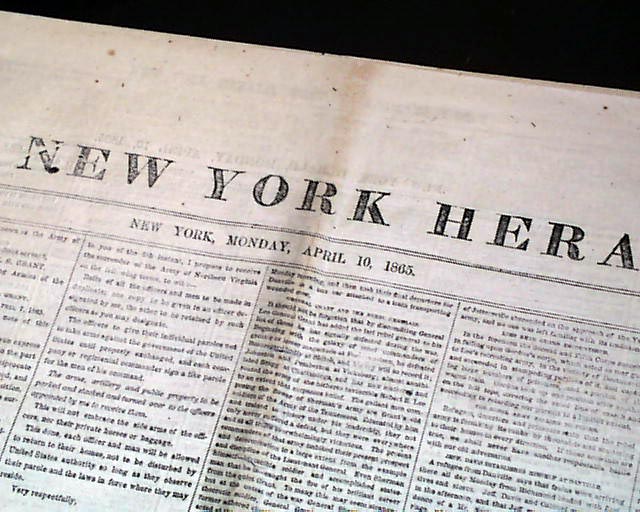 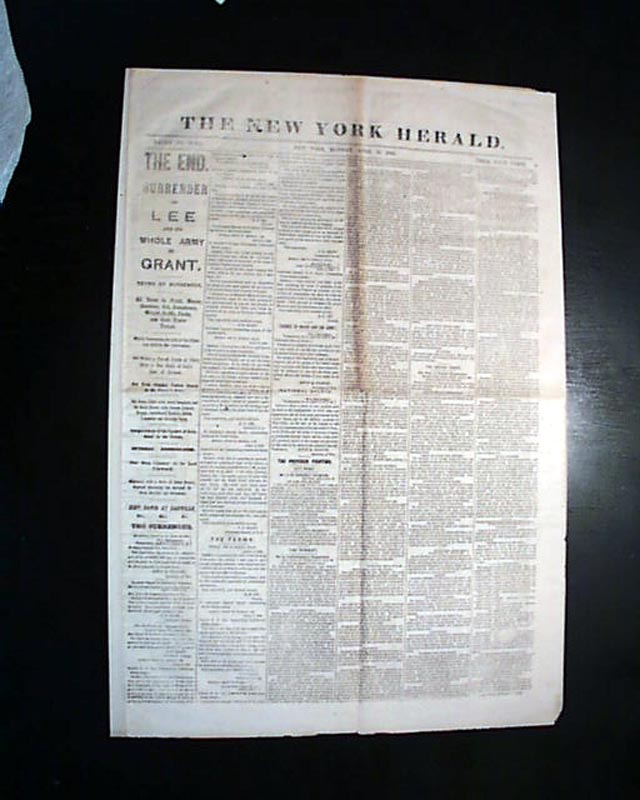 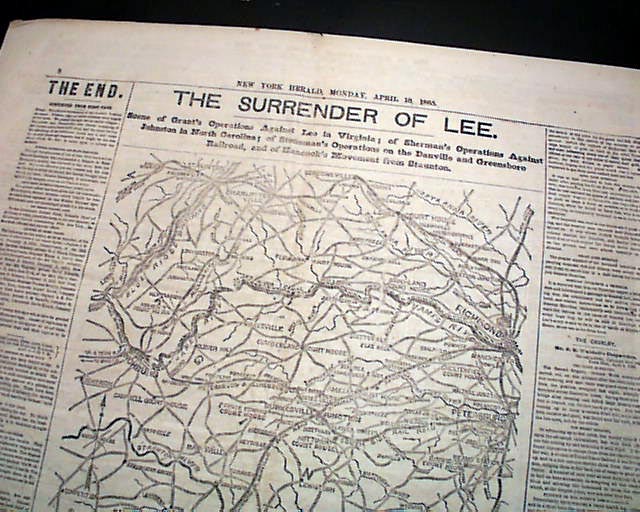 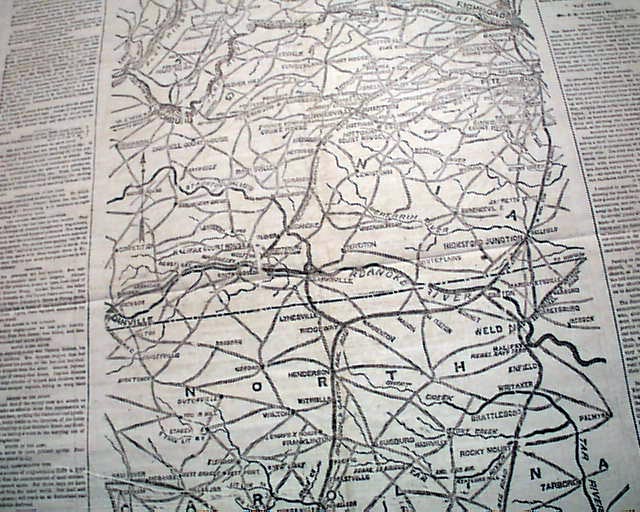 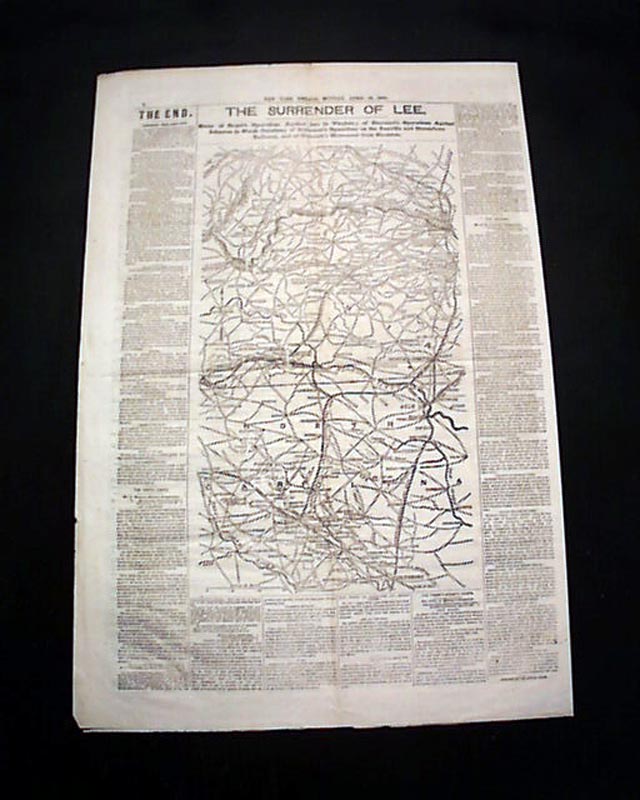