Home > Back to Search Results > Prelude to the Battle of Tippecanoe...
Click image to enlarge 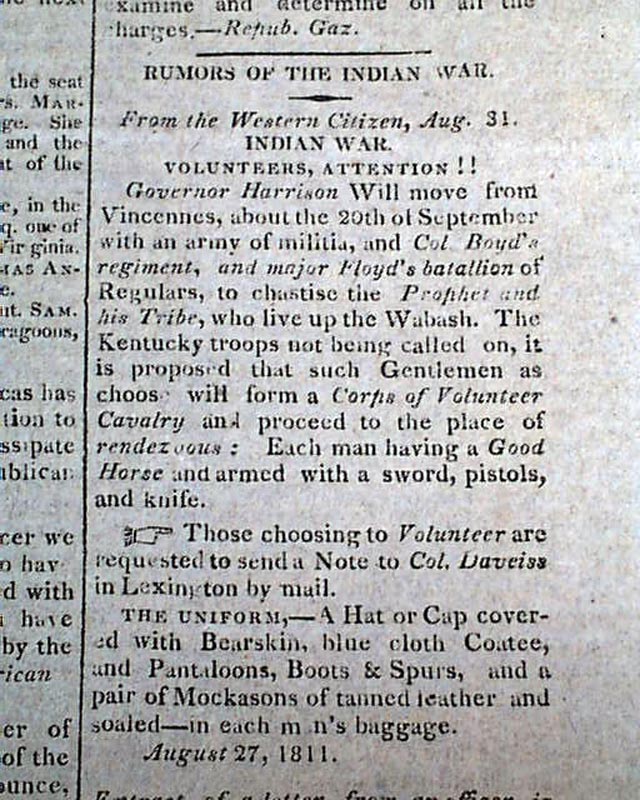 Prelude to the Battle of Tippecanoe...


UNIVERSAL GAZETTE, Washington City, Sept. 20, 1811  Page 3 has several reports headed: "Rumors of the Indian War" and the work of General Wm. H. Harrison in the Vincennes region.
Fearful of the Indian confederacy being formed by Shawnee chief Tecumseh & his brother The Prophet, the frontier settlers of Vincennes (Indiana Territory) issue a call for the destruction of the Indian village on the Tippecanoe River. A major battle would be fought there on November 7, giving Harrison some national attention.
Four pages, small hole near the top of the front leaf, never-trimmed margins, nice condition.