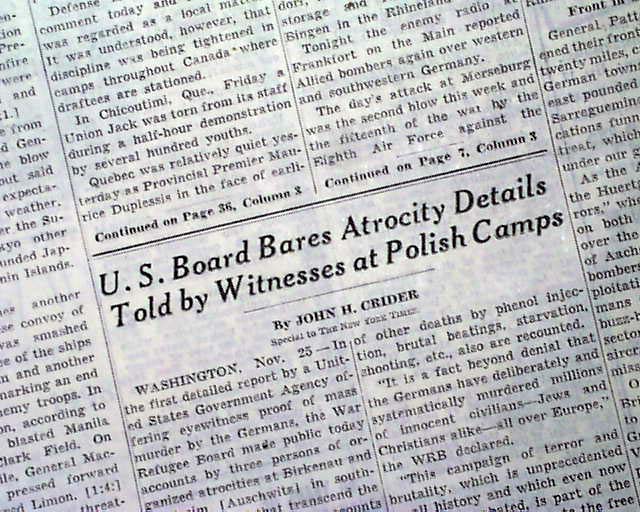 Near the bottom of the front page has a two column heading: "U.S. Board Bares Atrocity Details Told by Witnesses at Polish Camps" Lengthy text continues on page 24. Coverage on the horrors of the Nazi death camps finally being realized by the public for the first time.
Much more on World War II. Complete 1st section only with all 60 pages, rag edition in great condition.