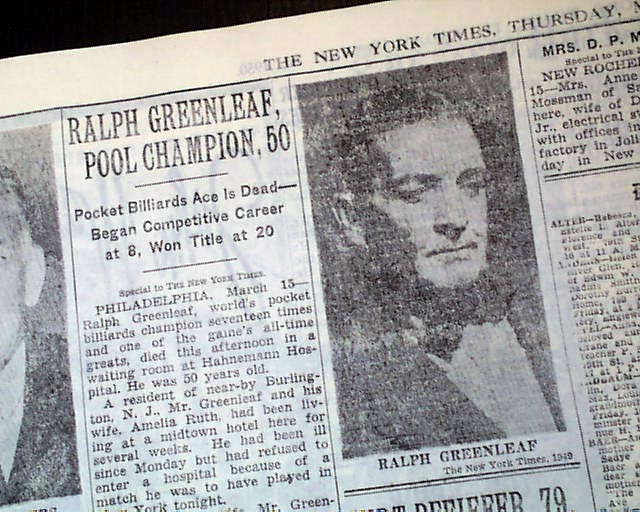 The top of page 31 has a one column heading: "RALPH GREENLEAF, POOL CHAMPION, 50" with subhead and photo. (see)
Complete with all 64 pages, rag edition in great condition.

wikipedia notes: Ralph Greenleaf was an American professional pool and carom billiards player. He was a twenty time World Pocket Billiards Champion, who dominated the sport during his heyday.
His obituary in The New York Times said of Greenleaf, in March 1950: "What Babe Ruth did for baseball, Dempsey did for fighting, Tilden did for tennis...Greenleaf did for pocket billiards."