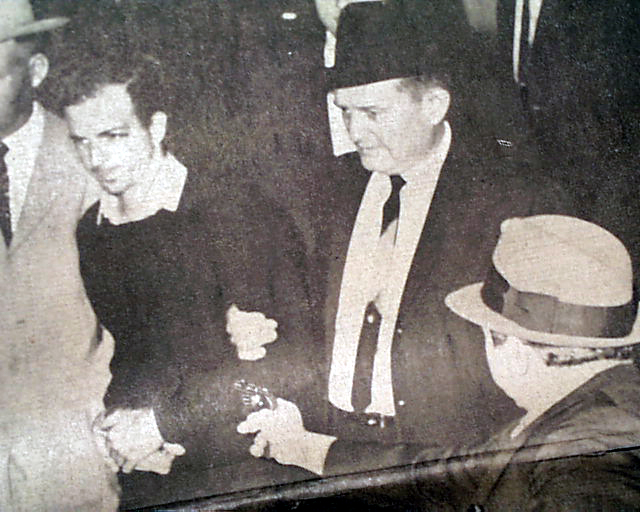 
THE DALLAS MORNING NEWS, Texas, November 25, 1963  Terrific and most unusual issue, as the entire front page--save for the banner headline: "Night Club Man Kills Oswald -- John F. Kennedy's Body Borne to Capitol" is taken up with a huge photo showing Jack Ruby thrusting his pistol forward in the direction of Oswald and others, a split second before Oswald was shot.
Of curious interest--and only to be found in a Dallas newspaper--in a inconspicuous advertisement on page18 for the 'Texas" movie theater, where Lee Harvey Oswald was arrested (trivia: he was watching the movie "War Is Hell")
A great issue for display, and great to have from the city where it happened.

the complete issue in 4 sections with 48 pages, very nice condition. 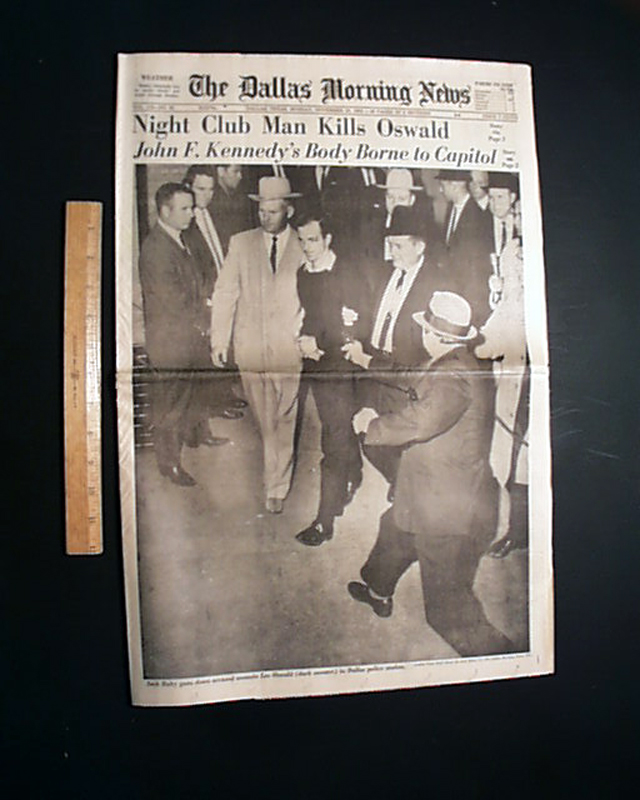 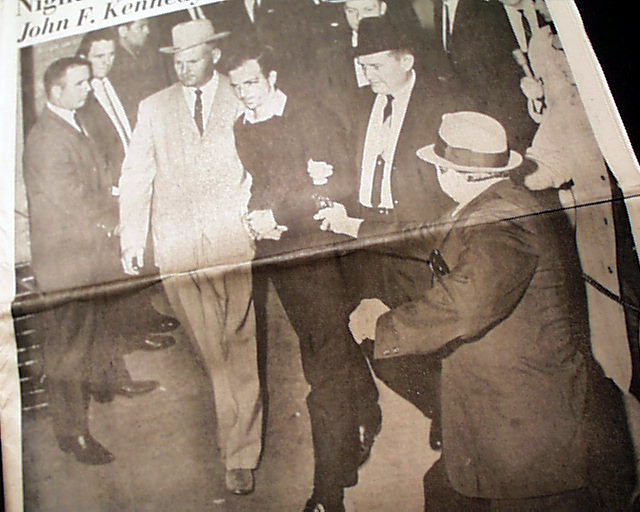 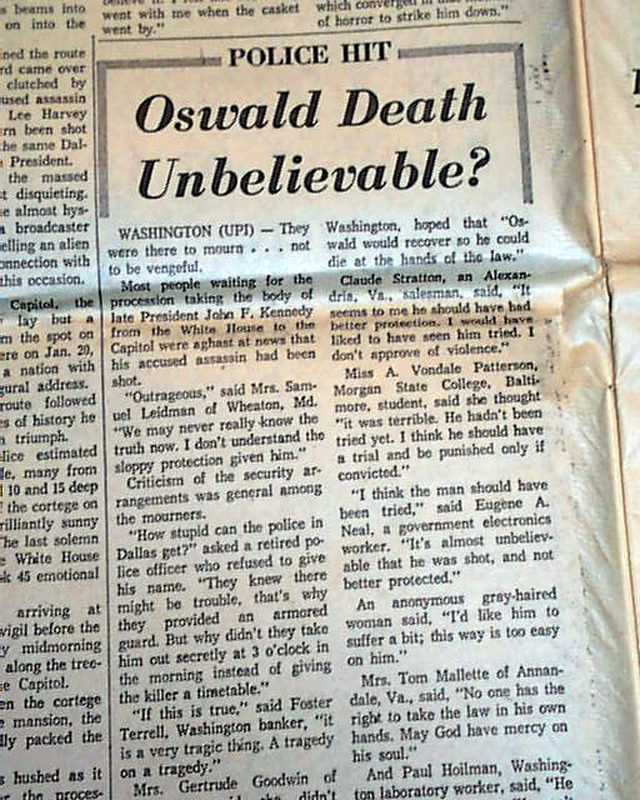 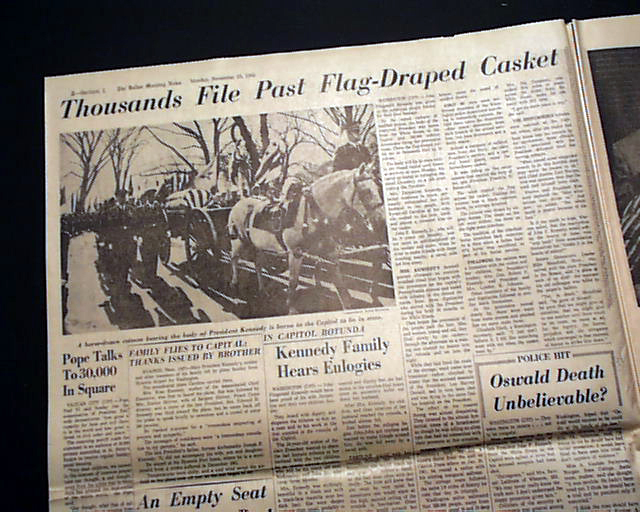 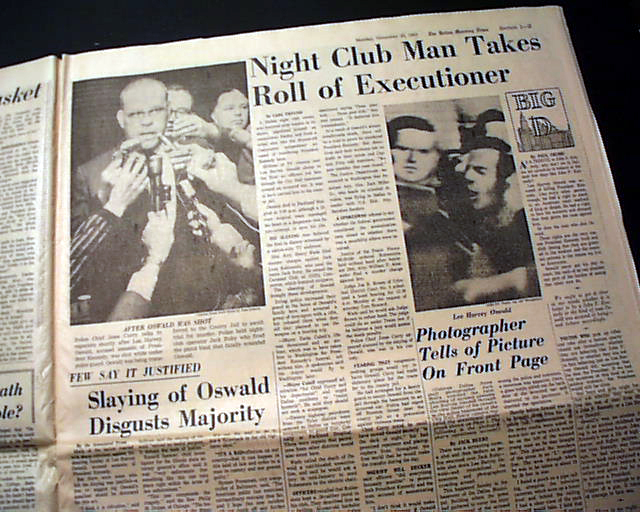 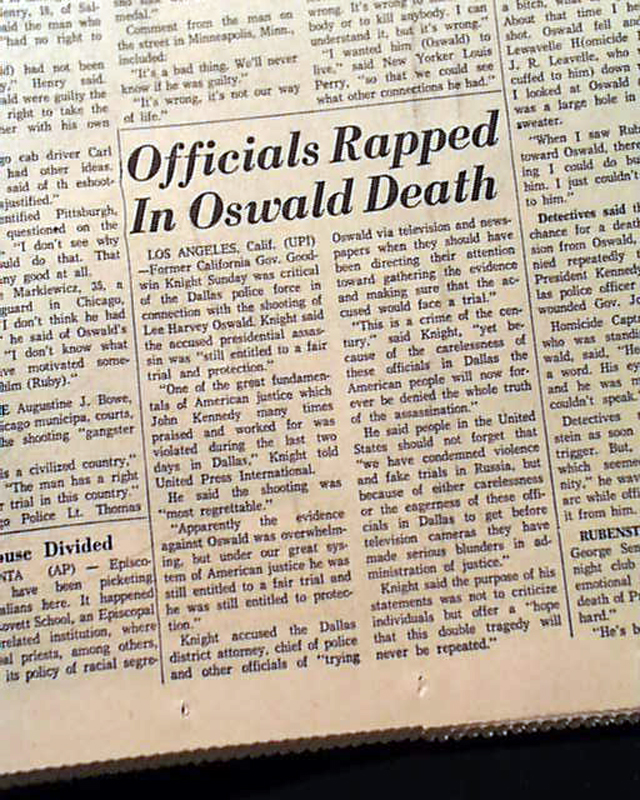 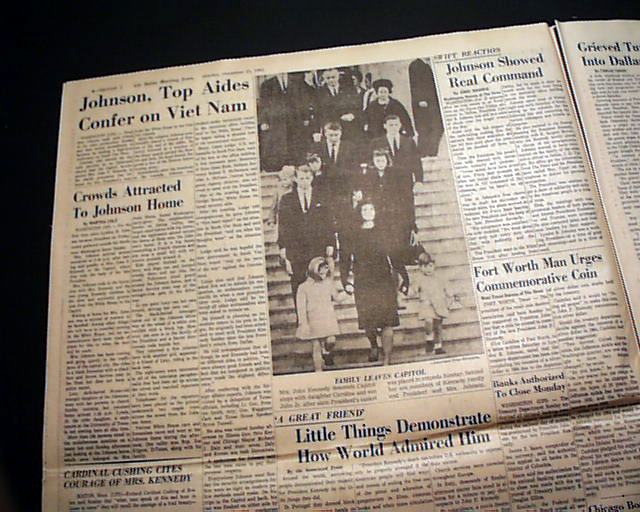 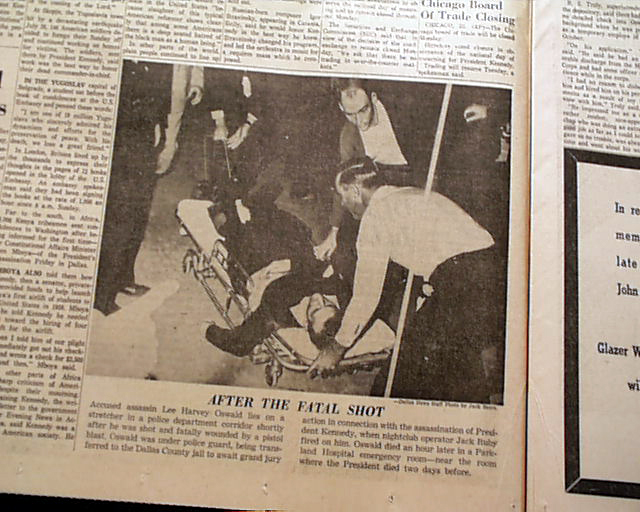 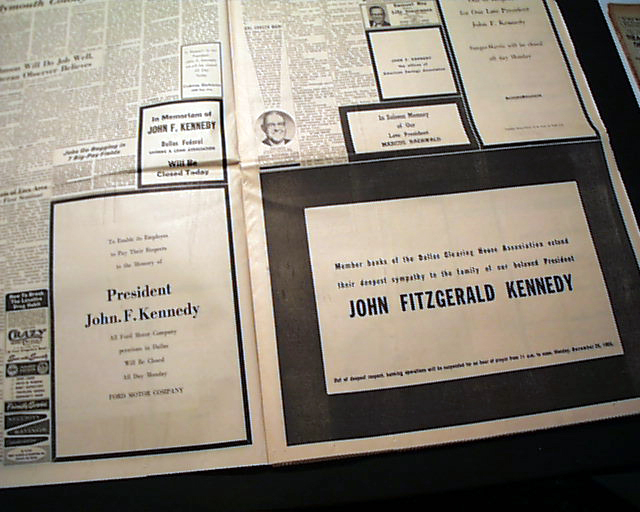 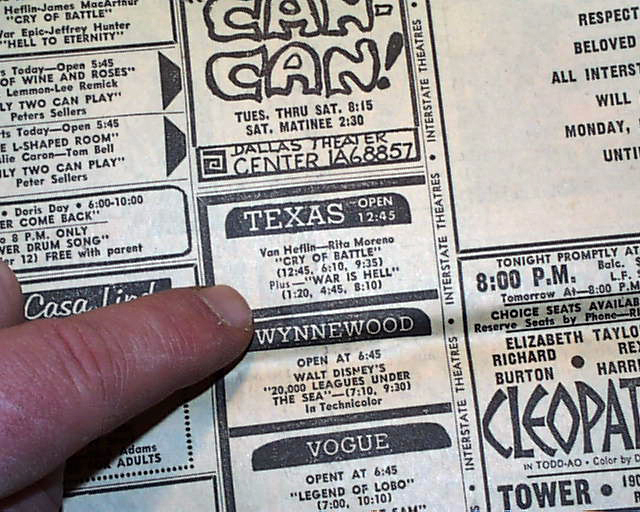 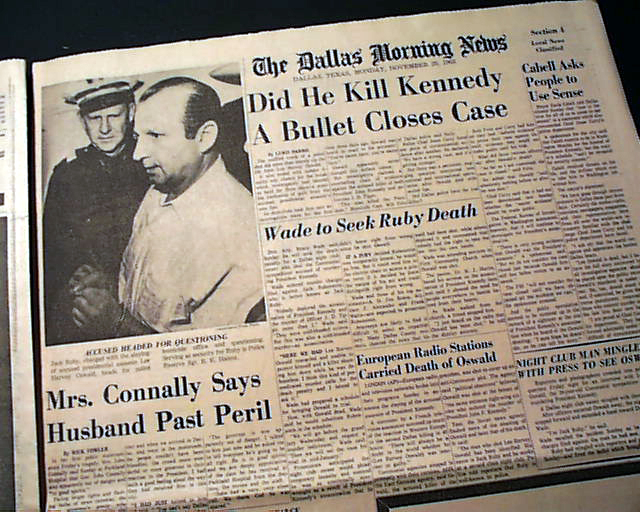