Home > Back to Search Results > Operation Market Garden in 1944....
Click image to enlarge 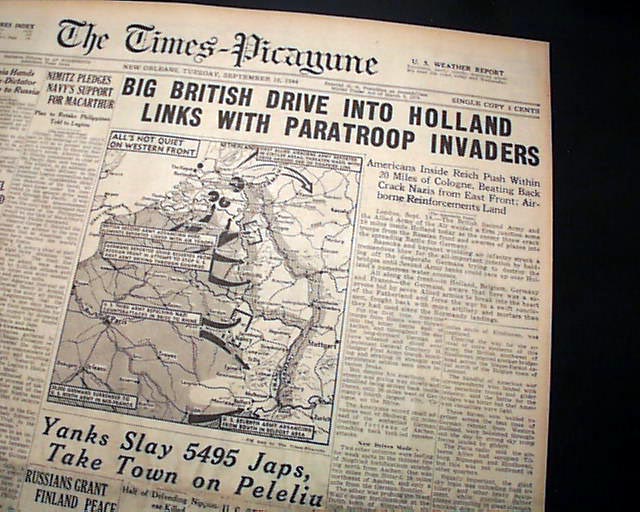 The top of the front page has a five column headline: "BIG BRITISH DRIVE INTO HOLLAND LINKS WITH PARATROOP INVADERS" with subhead. (see) Coverage on the great paratrooper raid in the Netherlands.
Other news, sports and advertisements of the day with much more on World War II. Complete with 22 pages, a little wear along the central fold with minimal text loss, small hole near the bottom of the ftpg., generally good.