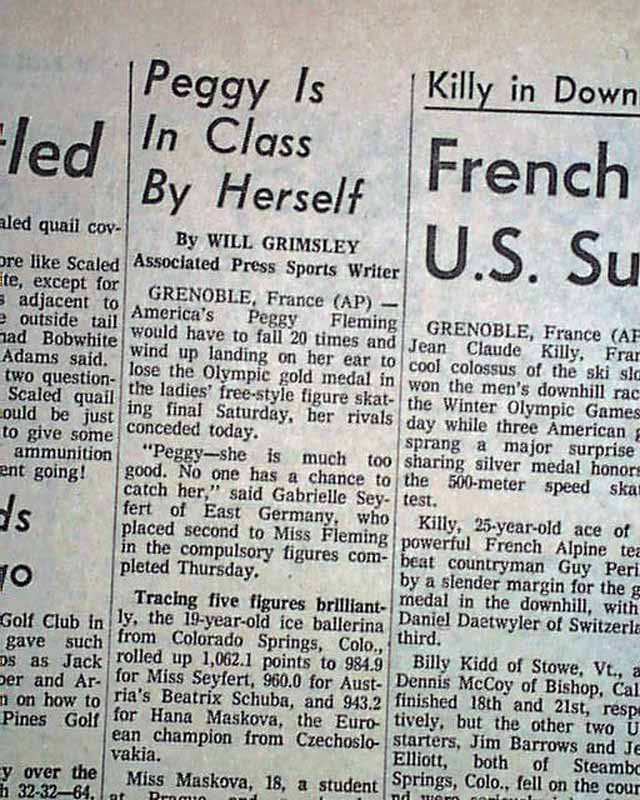 The first issue has, in the Sports Section: "U.S. Ice Queen Has Wide Lead," with supporting text which tells of her having clinched a path to Olympic Gold victory. The issue of the day after also has the related article: "Peggy Is In Class By Herself." Both tell of Peggy's soon to be awarded Olympic Gold Medal which, while being the U.S.'s only gold medal in the 1968 Winter Olympics, is credited with helping to return American Figure Skating to International prominence.
Both issues are complete in 12 pages and are in very good condition.