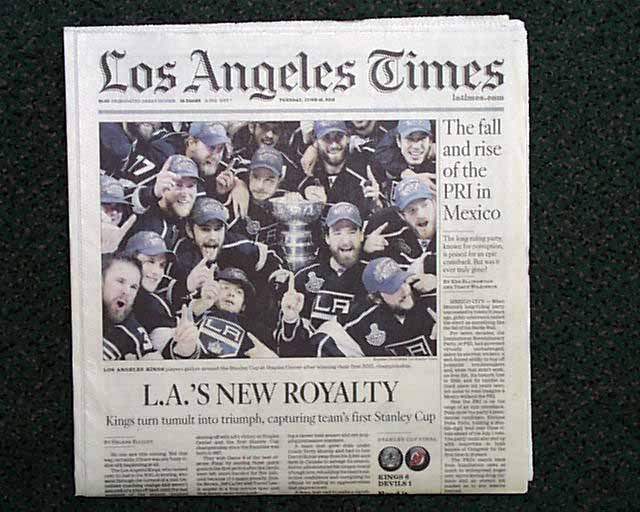 * L.A. Kings win the Stanley Cup for the 1st time
* Best newspaper to collect regarding this event

The front page tells of the 1st time the Los Angeles Kings won the Stanley Cup Finals: "L.A.'S NEW ROYALTY" with subhead: "Kings turn tumult into triumph, capturing team's first Stanley Cup." A large photo with supporting text is found on the front page as well, with significant additional coverage and photos found within (see images). There is no better title to own regarding this event.
The issue is believed to be complete, but is being offered for the described content. In excellent condition.