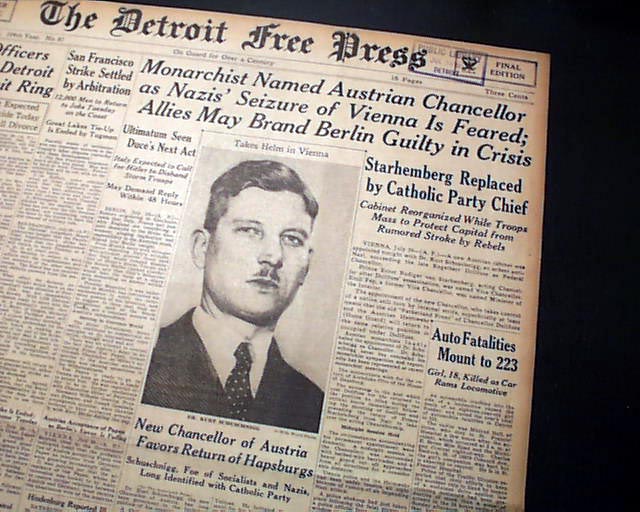 The top of the front page has a five column headline: "Monarchist Named Austrian Chancellor as Nazis' Seizure of Vienna Is Feared; Allies May Brand Berlin Guilty in Crisis" with subheads and photo. (see) First report coverage on Kurt Schuschnigg becoming the 12th chancellor of the Federal State of Austria.
Complete with 16 pages, light toning and a little wear at the margins, more so along the spine, small library stamp within the masthead, generally good.